To share your memory on the wall of Janet Schrubba, sign in using one of the following options:

The master of coconut cream pie enjoyed her girl time with the “Tuesday Breakfast Club” Sorority Beta Sigma Phi and the “Girls of ‘54” for their yearly traditions that included chatting about their years together from kindergarten through high school senior year. Janet and her sorority sisters met each week for breakfast and to talk about married life with children and reminisce together. When she wasn’t busy baking her famous pies she was sewing her children’s clothes and became the family’s go-to seamstress. In recent times she began designing and creating her own masks.

She loved her travels with the kids as a long-time bus driver for St. Joseph Public Schools. Waiting for the kids to load on the bus she enjoyed her crossword puzzles, James Patterson novels and played music for her passengers.

When she went on her trips to NYC she watched musicals and imagined her crush Hugh Jackman swooping in and to take her out for a steak dinner.
With her bird watching, love for flowers and music she gave her family a wonderful life lesson to enjoy the simple things.

A Celebration of Life gathering will be held on Thursday, February 18, 2021, from 4PM until 6PM, at Starks & Menchinger Chapel & Cremation Services, 2650 Niles Rd., St. Joseph. Memorial contributions may be St. Joseph Public Schools in c/o the Orchestra or Vocal department, 2521 Stadium Dr., St. Joseph, MI 49085. Those wishing to leave an online condolence may do so at www.starks-menchinger.com.

Receive notifications about information and event scheduling for Janet

We encourage you to share your most beloved memories of Janet here, so that the family and other loved ones can always see it. You can upload cherished photographs, or share your favorite stories, and can even comment on those shared by others.

Posted Feb 21, 2021 at 01:43pm
So sad to hear of Ma Schrubba's passing. She treated all of us as her own children. It always brought a smile to my face. When boarding the bus for an away game in high school seeing that she was our driver. We knew we were in good hands. And she was a real fan as well. My condolences to the entire family. She will be sorely missed but fondly remembered.

Posted Feb 19, 2021 at 11:49am
On behalf of Donna Clark and the rest of our family we would like to send our thoughts and prayers to the family. My mother Donna worked with Janet driving bus for many years and having been a passenger on her route myself remember her kind soul. Peace be with you all.
Comment Share
Share via:
RJ

Posted Feb 18, 2021 at 01:49pm
Jeff, Jill, Rusty, Randy, Andy and Greg,
I can still see your mom’s radiant smile and hear her soft voice the last time I seen her and Jeff. What a joy it was to spend time with her and catch up on the many memories we had growing up as kids and our visits on the farm. . My deepest and most heartfelt condolences to you all during this time. Sending love, prayers and positive energy your way in the “Celebration of Life” for your mom. What an ABSOLUTE angel she was! Hugs to you all

Posted Feb 17, 2021 at 02:31pm
Our deepest sympathy to the Schrubba family. Janet was a super gal. She raised a terrific family. God's blessings to each of you. Always hold memories of your Mom and Dad close to your hearts.
Comment Share
Share via: 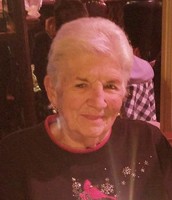 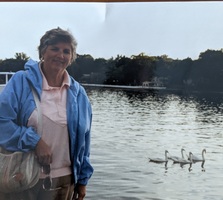