To share your memory on the wall of James O\'Malley, sign in using one of the following options:

Mass of Christian burial will be held at 11 a.m. Friday, July 31, at St. Bernard’s Catholic Church, 555 E. Delaware Dr., Benton Harbor. A private burial will take place at a later time in Resurrection Cemetery, St. Joseph. Friends may visit with the family from 5-8 p.m. Thursday, July 30, at Starks & Menchinger Chapel, 2650 Niles Road, St. Joseph. Memorial contributions may be made to Lake Michigan Catholic Schools – Blue Tide Athletic Boosters. Those wishing to leave an online condolence may do so at www.starks-menchinger.com.

Jim was born on Oct. 9, 1932, in Chicago, to William and Dorothy (Malouf) O’ Malley. After high school, Jim enlisted in the United States Navy in 1951, where he proudly defended our country while stationed in Okinawa, Japan, during the Korean Conflict. After his time in the Navy, Jim enrolled at Loyola University and earned his degree in English. On June 2, 1956, Jim married the love of his life, Mary Tierney, in Chicago. The two were happily married for nearly 58 years before Mary passed away in 2014. Jim was employed with LECO for 10 years, then changed jobs and worked for Kay Woods for 15 years, and finally he worked for Creative Advertising and retired from them after 15 years. Jim would also write the sports columns for The Herald-Palladium

A huge passion of Jim’s was teaching. He loved to help educate children of all ages. He was a theology teacher at LMC, a substitute teacher at many local public schools and he volunteered his time with Winnings, an organization that teaches young children how to read and write. He also volunteered for Birthright, retired senior police and St. John’s Catholic Church. Jim was a proud member of Lest We Forget, St. Joseph Rotary, St. John’s, Victims Services of Berrien County and Stephen’s Ministry. He held positions on the Parish Council for St. John’s & St. Joseph Catholic Church and LMC School Board.

However, what Jim was most known for was being the “voice of the LMC Lakers.” He earned this title by announcing their football games for over 40 years. While at LMC, Jim took on the roles of being the track, softball and assistant football coach and being the Athletic Director for LMC High School. Jim dedicated his life to helping others, his wonderful and caring spirit will truly be missed by all who knew him.

Jim is survived by his sons, Michael (Lisa), Patrick, Thomas (Lori) and Christopher (Lynda) O’ Malley; daughter, Kitty (Ray) Baltos; 11 grandchildren; and 12 great-grandchildren.
He was preceded in death by his parents, William and Dorothy; and wife, Mary.

Plant a Tree in Memory of James
Plant a tree
2 trees have been planted in memory of James M. "Jim" O'Malley
DP

Posted Jul 31, 2020 at 12:04pm
As a commercial photographer I was lucky enough to do some work for Creative Advertising back in the day. And one of the account people who I would shoot for was Jim. He had such a zest for life and always with a smile and a laugh. One day he said to me let’s do something different for a photo we need to take for his Sears account. I said let’s do a photo fo the washer in the water down at Tiscornia Beach. He loved the idea and went for it 100%. Any other account exec would probably said oh no we can’t do that. Not Jim, he was always up for that challenge and also have some fun. I always looked forward to my photo shoots with Jim because I knew there would be fun and creativity working with him. I would see him over the years in one of his many capacities and we’d always have a laugh over something. One of the true gentleman I’ve ever met. My sincere condolences to the family. I've included a snapshot of the washer in the water getting set up. 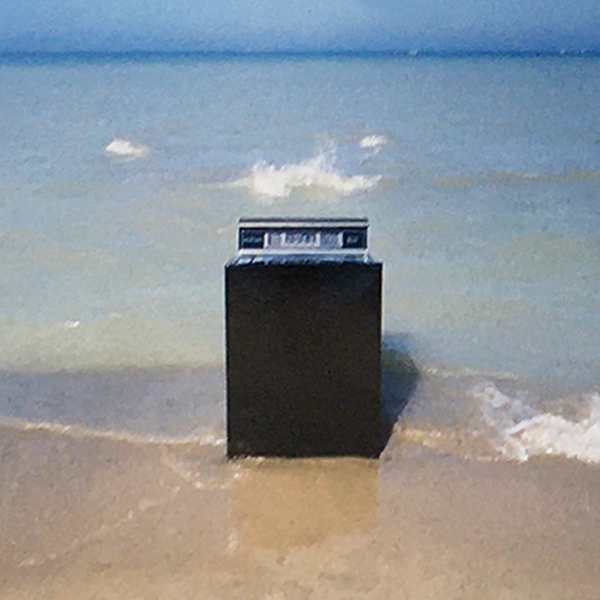 Posted Jul 30, 2020 at 03:01pm
Jim and I served on the LMC School Board together . He is an oustanding President using his calm personality to lead us thru reorganising LMC restructing the budget, dealing with personnel problems and restarting the LMC Non profit Fund . A great friend , proud to have been with him on that part of his journey
.
Frank Hansen

Posted Jul 30, 2020 at 01:14pm
I really enjoyed getting to know Jim at SJ-BH Rotary. He served as a judge for the Rotary Essay Contest for the past several years. He really enjoyed reading the essays and we enjoyed his input. I also enjoyed his invocations — always given with a meaningful message. He will be greatly missed.
Sending my sincere sympathy . Patti Kutz
Comment Share
Share via:
LZ

Posted Jul 30, 2020 at 08:40am
Our deepest sympathy to the O'Malley family....we have fond memories of Jim and Mary including attending the infamous "Snow Bowl" football game at Notre Dame with them making a lasting memory for Dennis and our son Tom. May your memories bring you comfort and peace during this difficult time. You will be in our prayers.
Dennis & Laura Zmyslo
Comment Share
Share via:
BK

Posted Jul 30, 2020 at 07:56am
Dear Mike, Kitty, Pat, Tom, and Chris.
I will always remember your dad's quick wit, ready laugh, and that twinkle in his eyes when he was telling a joke or relating a funny story. The world is a better place for having had him and a sadder place for having lost him. You five are testament to the good man that he was. I am so very sorry for your loss.
Love from cousin Bill
Comment Share
Share via: 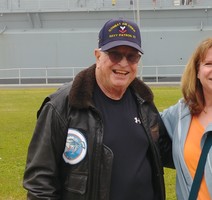 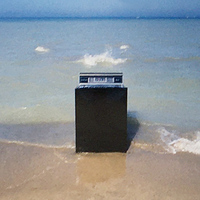