To share your memory on the wall of James Grannell, sign in using one of the following options:

Provide comfort for the family of James Grannell with a meaningful gesture of sympathy.

Private family services were held, with a public Celebration of Life Service to be announced at a future date. Private burial took place at North Shore Memory Gardens in Coloma. Memorial donations in Jim’s name may be made to the North Berrien Military Rites Team. Those wishing to sign Jim’s Memory Book online may do so at www.starks-menchinger.com.

Jim was born February 8, 1930 in Tulsa, OK to Raymond & Helen (Grimes) Grannell. On July 23, 1950, he married the former Lucille Steinke in Benton Harbor. Jim entered the US Army and served his country overseas during the Korean War. He was employed as a supervisor for Clark Equipment Co. in Benton Harbor, retiring after thirty-plus years. Jim was a former member of Grace Lutheran Church in St. Joseph. He cherished the time spent with his family, and especially enjoyed attending the grandchildren’s sporting events.

Posted Apr 02, 2020 at 08:41pm
Ballantine Family
Our deepest sympathies. Will always remember his love and support for his grandkids and their team mates.

Posted Apr 01, 2020 at 07:49am
A good man that loved his family, always into sports and pushing his boys to do their best. I can close my eyes and see him encouraging all of us to do it better go longer a real cheerleader for us high school boys. Fond memories for me. Sorry for your loss.
Timm
Comment Share
Share via:
CS

Posted Mar 31, 2020 at 06:17am
My sympathies to Jim, Bob and the rest of the family. Your parents were great and always supportive and proud of their sons.
Peace be with you in these uncertain times.
Roman
Comment Share
Share via:
JT

Posted Mar 30, 2020 at 10:39am
Our deepest sympathies go out to the Grannell family. Remembering the good times in the old neighborhood. God bless your family, Jim & Lisa Tarantino
Comment Share
Share via: 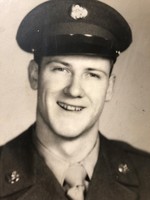