To share your memory on the wall of Irving Rosenberg, sign in using one of the following options:

Funeral Services will be held at 11am Sunday, February 14, 2021 at Starks & Menchinger Chapel, 2650 Niles Rd., St. Joseph, with Rabbi David Nelson officiating. Burial will follow at B’nai Sholom Cemetery in Benton Harbor. Those wishing to sign Irving’s Memory Book online may do so at www.starks-menchinger.com.

Irving was born June 23, 1927 in Benton Harbor to Ben & Rose (née Dunaetz) Rosenberg. He graduated from Benton Harbor High School, Class of 1945. He took great joy in reminiscing of his experiences playing First Chair Violin in the BHHS orchestra. He enlisted in the US Navy in his senior year, serving our country during World War II and still graduated with his class. In 1948 he became a businessman owning and operating Irv’s Deli in Indiana Harbor, IN. November 20, 1949 in Chicago, he married Alice (née Stein), whom he met a year earlier and fell head over heels for at the House of David in Benton Harbor, MI. 1952 brought Irving and Alice back to Sodus where he and his brother Sheldon purchased their fruit & vegetable farm. Thus began 63 years of Rosenberg Bros Farms with wives Alice and Vicki. Irving continued operating the farm until recently. He was a life member of Temple B’nai Sholom and the Jewish Farmers Association. The Jewish Farmers organized in the 1920’s and dissolved in 1973. Irving was President and Treasurer for many years. The monies left were distributed to the Temple and a plaque commemorating the years of the association is on display at Temple B’nai Shalom.

As a young man he learned to fly and owned his own twin engine plane. He loved working on cars with his buddies and spent many hours in the farm garage with them. A boy with his toys, over the years he had motorcycles, a dune buggy, snowmobiles, boats and most recently his Mule.

Always civic minded, Irving served as President of Benton Harbor Fruit Market for 17 years, leading the turnaround of the largest grower owned open air farm to market in the country. He volunteered and served on numerous boards and committees in Berrien County.

In retirement, Irving relished tending to his garden of flowers and vegetables, with a particular fondness for his Rose bushes. He could often be found repairing, repainting or fixing things around the farm. There wasn’t anything he couldn’t mend or fix. He enjoyed fishing, boating and spending time with his many friends at Pier 33 where he and Alice docked their boat for many years. The past twenty-two years he and Alice enjoyed winters on the Gulf of Mexico in Corpus Christi, TX close to their girls.

Irving was preceded in death by his daughter Cheryl Ann Rosenberg, parents Ben and Rose, and brothers Sheldon & Arnold.

Receive notifications about information and event scheduling for Irving

We encourage you to share your most beloved memories of Irving here, so that the family and other loved ones can always see it. You can upload cherished photographs, or share your favorite stories, and can even comment on those shared by others.

3 trees were planted in the memory of Irving Rosenberg

Posted Feb 24, 2021 at 09:57am
Our condolences to Alice and your family. You are in our prayers at this time. We will miss Irv who was always kind and interesting to talk with. It was a pleasure and honor to have known him.
Comment Share
Share via:
JM

Posted Feb 15, 2021 at 04:21pm
I will always remember what a hard working man Irving was. He would work from sun up till sun down.
Now he is sharing fresh peaches and love with all of his family and friends.
Comment Share
Share via:
WF

Posted Feb 14, 2021 at 01:08pm
Our condolences to Alice, Sandy, and Lynn. You all are in hearts and prayers. We will miss Irv and were grateful to have known him.
Comment Share
Share via:
WF

Posted Feb 14, 2021 at 01:03pm
Our condolences to Alice, Sandy and Lynn. We will miss Irv. You all will be in our hearts and prayers.
Comment Share
Share via: 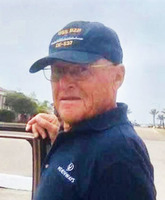