To share your memory on the wall of Irene Kuball, sign in using one of the following options:

A Celebration of Life Eternal will be held 11:00 A.M. Wednesday, March 4, 2020 at St. Matthew’s Lutheran Church, Colfax & Cline Ave., Benton Harbor, with Rev. Jeff Bolwerk officiating. Friends may visit with the family beginning at 10:00 A.M. Wednesday at the Church. Memorial donations in Irene’s name may be made to St. Matthew’s Lutheran Church, Man to Man, St. Joseph-Lincoln Senior Center or Berrien County Cancer Service. Those wishing to sign Irene’s Memory Book online may do so at www.starks-menchinger.com.

Irene was born July 4, 1927 in Bridgman, Michigan to Joseph & Julia (Franks) Klupp. She was baptized at Immanuel Lutheran Church in Bridgman on August 14, 1927. On June 22, 1946, she married Robert Kuball in Bridgman. Irene devoted her life to serving others. She looked after the needs of her family, worked for many years at Comet True Value in Benton Harbor, was an Avon Rep for twenty-plus years, and worked at Hilltop Foods in St. Joseph as a food demonstrator. Irene was a devoted member of St. Matthew’s Lutheran Church where she called on the shut-ins of the congregation with the Sunshine group, and was known as the Candy Lady. She was active with the OWLS group & the Prayer Chain at Grace Lutheran Church & with Man to Man in support of her husband Bob.

Receive notifications about information and event scheduling for Irene

We encourage you to share your most beloved memories of Irene here, so that the family and other loved ones can always see it. You can upload cherished photographs, or share your favorite stories, and can even comment on those shared by others.

Posted Mar 04, 2020 at 08:18am
Irene was very dear. My mom Theresia loved the countless calls " the sunshine lady" made to her while she was ill. They would sing to each other over the phone. Just priceless. I'm sure they are both reunited in heaven singing with our Lord and Savior
Comment Share
Share via:
EH

The Skoda Family purchased flowers for the family of Irene Kuball.

Posted Mar 02, 2020 at 08:41pm
Tootie was such a great addition to the Kuball family. My dad, Wilbur and her husband Robert were first cousins. Tootie loved to go with me or my cousin, Vicki to visit my mom (Kay Kuball) when she was in foster care. She will be missed!!!❤️
Comment Share
Share via: 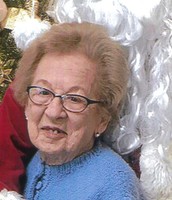