To share your memory on the wall of Howard Klotz, sign in using one of the following options:

Howard was born in Fremont, MI on November 28, 1948 to... Read More
Howard Donal Klotz, 72, of St. Joseph passed away peacefully on Wednesday, March 3, 2021 at Spectrum Health Lakeland. Arrangements have been entrusted to Starks & Menchinger Chapel.

Howard was born in Fremont, MI on November 28, 1948 to the late Hilbert and Aletha (Bayle) Klotz. He graduated from Benton Harbor High School in 1966 and continued his education by attending Ferris State University where he earned a degree in architecture. Upon graduation, Howard joined the United States Navy as an E4 Serviceman. He served as a Seabee in the mobile construction battalion in Okinawa, Guam and Vietnam. He was honorably discharged on April 5, 1972. Upon return from the service, Howard opened Klotz Woodworking in St. Joseph. On March 5, 1984, Howard married the love of his life, Cheri Milmine, and spent two-days shy of 38 years together raising two amazing children and enjoying their five grandchildren. While at Klotz Woodworking, Howard gained a partner in Jim Woodfin and the two started Great Lakes Stair and Case Company in Bridgman, retiring from there in 2014.

After retiring, Howard spent his time with his loving family and building rocking horses for his grandchildren as they were born. For those who have the love of Hotrods, you will always remember the fun Howard had building his hotrod and driving it. He enjoyed traveling to many car shows over the years with a group of his hotrodder friends. Howard was proud of being a board member for the Support Our Troops Festival in Baroda for many years raising money for several veteran organizations. He organized the car show and had fun designing and making all the games for the kid’s carnival.

Howard will be deeply missed by all his family and friends. A Celebration of Life Memorial Service will be held at a later date. Memorial contributions may be made to Lest We Forget, Lew Burchard, LWF Finance Officer, 4144 Condo #33 Ridge Road, Stevensville, MI 49127. Those wishing to leave an online condolence may do so at www.starks-menchinger.com.
Read Less

Receive notifications about information and event scheduling for Howard

Print
A Celebration of Life Memorial Service will be held at a later date. Memorial contributions may be made to Lest We Forget, Lew Burchard, LWF Finance Officer, 4144 Condo #33 Ridge Road, Stevensville, MI 49127.

We encourage you to share your most beloved memories of Howard here, so that the family and other loved ones can always see it. You can upload cherished photographs, or share your favorite stories, and can even comment on those shared by others.

Posted Mar 09, 2021 at 01:50pm
Cheri and the Klotz Family I-am very sorry for your loss a very special friend and teacher. His work will last forever A life well lived! Thx Howard

3 trees were planted in the memory of Howard Klotz

I was best friends with Howard's brother, Hilbert. I also knew Howard well and was at his home many times. Howard was a stand up guy and well liked. He will be missed. Rick Wild - Lawrence
JS

Posted Mar 07, 2021 at 10:15am
With heartfelt sympathy to Howard's family. God bless you as you go through this transitional period. You have our prayers.
Comment Share
Share via:

Posted Mar 06, 2021 at 07:29pm
I knew Howard for many years!
Howard was without a doubt the best woodworker I ever known!
I was a carpenter in the area for 50 years and will miss Howard!
GOD BLESS!!!
Michael Rodgers
Comment Share
Share via: 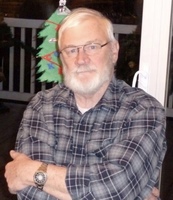