To share your memory on the wall of Harry Schipske, sign in using one of the following options:

A celebration of life gathering will be held from 6-8 pm on Wednesday, March 11, 2020, at Starks & Menchinger Chapel, 2650 Niles Rd., St. Joseph. A private family burial will take place in Riverview Cemetery, St. Joseph. Memorial contributions may be made to the Humane Society of Southwest Michigan. Those wishing to send a condolence online may do so at www.starks-menchinger.com.

Harry was born on April 26, 1925 to Harry and Arrie Schipske in Trenton, NJ. Harry served in the United States Navy during World War II. During his service he earned five battle stars. On November 29, 1952, he married Elva Krege in St. Joseph. Harry began his professional life working for Bendix, retiring after thirty years of service as a machinist. He enjoyed and was an accomplished bowler. Harry also enjoyed carpentry and assembling intricate Victorian models with his wife, Elva. Most of all, Harry was a family man.

Harry is survived by his wife of sixty-seven years, Elva Schipske; daughter, Diane (Troy) Marion and son, Glenn Schipske. He was preceded in death by his parents, Harry and Arrie Schipske and brothers, Robert and Norman Schipske.
Read Less

We encourage you to share your most beloved memories of Harry here, so that the family and other loved ones can always see it. You can upload cherished photographs, or share your favorite stories, and can even comment on those shared by others. 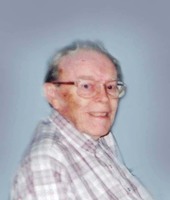