To share your memory on the wall of Harold Ferrell, sign in using one of the following options:

A private graveside celebration will be held in North Shore Memory Gardens, Coloma. Arrangements have been entruste... Read More
Harold Gene Ferrell, 89, of Stevensville, passed away peacefully on Tuesday, July 28, 2020, at Caretel Inns of Lakeland.

A private graveside celebration will be held in North Shore Memory Gardens, Coloma. Arrangements have been entrusted to Starks & Menchinger Chapel, St. Joseph. Those wishing to send a condolence online may do so at www.starks-menchinger.com.

Harold was born on August 10, 1930, to Preston and Mae Ferrell in Swifton, Arkansas. On July 3, 1950, he married Ann Davison. He was a United States Veteran, serving in the Army. Harold was a member of the St. Joseph Township Fire Department for over twenty years. He worked for Clark Equipment Company and moved to Ashville, NC when they were purchased by Volvo. Harold retired in 1987 after thirty years of service. He was a very active member at Assembly of God in Ashville, NC where he served as an Elder. He was an avid outdoorsman and liked to hunt and fish. In Harold’s younger years he enjoyed hunting trips with his family to South Carolina and Beaver Island. He was a very kind, compassionate and selfless man with a gentle spirit. People were drawn to his personality; he was loved by all and will be dearly missed. Harold is now walking the streets of gold in God’s glory.

Receive notifications about information and event scheduling for Harold

We encourage you to share your most beloved memories of Harold here, so that the family and other loved ones can always see it. You can upload cherished photographs, or share your favorite stories, and can even comment on those shared by others.

Posted Aug 05, 2020 at 12:30pm
Harold was one of the first people we met in Asheville in the late 1990s at West Asheville/Crossroads Assembly. He was a longtime doorkeeper in the house of God sharing the love of Christ with people who entered. We adopted Harold and Ann into our family, and they were grandparents to our young children, and we shared many meals, holidays, and birthdays together. Harold loved everyone deeply and always had time to talk to anyone. He was a man of prayer too. He came to the hospital to pray with us before our son was born. We attended the farewell for the Ferrells in September 2018 in Asheville, and our last recollection is hearing him say from the bottom of his heart that he loved us. What a precious man of God...humble and gentle...and he has certainly gone on to his great reward. We will see you again in the sweet bye and bye Harold. Well done...and we loved you too.

Posted Jul 31, 2020 at 08:19pm
An amazing friend to all. Luv Homes and all who worked there had a friend in Harold. He will be remembered until we see you again in Heaven.
Comment Share
Share via:
NS

Posted Jul 31, 2020 at 11:31am
He was a great man and family friend for many years. He will be missed by all that knew him.
Comment Share
Share via: 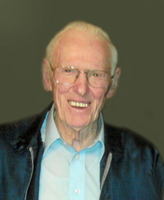 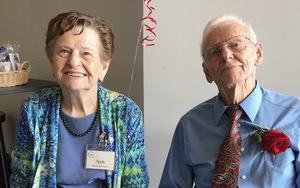 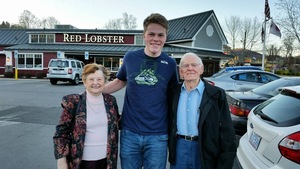 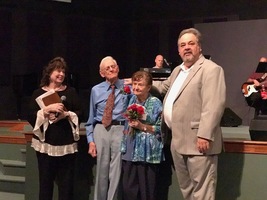