To share your memory on the wall of Harold \"Dick\" Leitz, sign in using one of the following options:

A Celebration of Life Service will be held at 10:00 A.M. Saturday, September 5, 2020 at St. Paul’s Lutheran Church, 3713 Naomi Rd., Sodus, MI with Pastor Robert Duehlmeyer officiating. Burial will follow at Mt. Pleasant Cemetery in Sodus. Friends may visit with the family from 9:00 A.M. until 10:00 A.M. Saturday at the church. Memorials may be made to St Paul’s Lutheran Church. Those wishing to share a memory of Dick online may do so at www.starks-menchinger.com

Dick was born September 18, 1918 in Sodus, Michigan. He was baptized and confirmed at St. Paul’s in Sodus. He was drafted into the Army. Before being deployed he married Myrl Smith on December 6, 1941. He was married 4 months when he left for the South Pacific where he served in World War II for four years and eight months. After his military service he joined Whirlpool Corporation and worked for 30 years, retiring in 1967, only to continue working for 30 more years for the Williams farms. Dick was one of the first group to form the Sodus Township fire department and held the rank of Captain.

He was preceded in death by his parents, wife and brothers and sisters.
Read Less

Receive notifications about information and event scheduling for Harold "Dick"

We encourage you to share your most beloved memories of Harold "Dick" here, so that the family and other loved ones can always see it. You can upload cherished photographs, or share your favorite stories, and can even comment on those shared by others.

Posted Sep 05, 2020 at 09:14am
So sorry to hear of Dick’s passing but rejoicing in the fact that he is now in heaven enjoying the blessings there! Prayers for peace for the family so sorry we can’t be there today but are thinking of all of you!
Tom Angie and Daniel Pearson (members of St Paul’s)
Comment Share
Share via:
CA

Posted Sep 04, 2020 at 10:08pm
Shirley, I was so sad to read about your Dad in the obituary . I have great memories of him from childhood , he was such a nice guy.
It was always nice to see you guys out and about in recent years, I always bragged about seeing my hundred year old friend at the restaurant .
My sincere condolences,
Clif & Lynda
Comment Share
Share via: 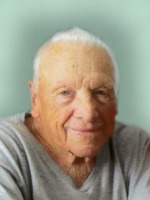