To share your memory on the wall of Grant Gondrezick, sign in using one of the following options:

Grant attended Sacred Heart of Jesus Catholic School from 1st through 9th grades where he was on the basketball team from 5th-9th grade in the Denver Catholic League where was noted as one of the best players in the league. Throughout his childhood Grant was also involved in little league baseball and one of the leaders on the Little League Championship Team.

He graduated from Boulder High School in 1981 and was a starter on the Varsity squad since his sophomore year. To this day he is considered one of the best basketball players to hail from Colorado.

Grant was a highly touted Street and Smith’s All-American, accepting a scholarship with Pepperdine University in Malibu, CA. During his collegiate career with the Pepperdine Waves from 1982-86, he had an illustrious career scoring almost a thousand points and three NCAA berths; his jersey #3 is retired. He graduated with a B.S. Degree in Physical Education.

In 1986, Grant was drafted in the second round of the NBA by the Phoenix Suns playing two years. After playing for a season in Caen, France, he returned to the states and played for the Los Angeles Clippers. He continued his professional career internationally for nine years playing in Belgium, Italy, Spain, Argentina, Limoges, France, and Germany, to name a few. He still holds numerous international records during his outstanding tenure of play. He was named league MVP three times, and graced nine European League covers, L'Equipe. “Gondo” reigns supreme in all of Europe!

In 1993, Grant met Felicia (Lisa) Harvey, the love of his life. Each of their footprints completed the other. They married in 1995 in Benton Harbor, MI. Traveling the world abroad during Grant’s international career, they settled and resided in Houston, Texas, for twelve years. His occupation was a sports performance trainer for many professional athletes, as well as collegiate and high school student-athletes, as well. He and Lisa gave birth to three amazingly beautiful and smart children: Kalabrya LeBrae, Kysre Rae, and Grant Kalon-Louis Gondrezick
II. Each was his soul-bearing heartbeat. The adoration and unconditional love he emitted into the universe regarding his children is beyond containment. The global universe could feel the pulse of his life as he echoed about his children and family; his imprint is forever embedded.

His journey to Benton Harbor rooted his services as a Head Varsity Basketball Coach at Covert, and Countryside. While also, coaching the BHHS Freshman Girls team, as well. In addition, he worked for Benton Harbor Area Schools, previously, as an In-House Suspension Coordinator and Security. His accolades are many, but the teachings of his passionate instructional development have been mastered by all he taught. He was a community advocate for every cause that benefitted youth and education. Grant was benevolent in his membership at Refreshing Fountains proactive in every campaign of the church, especially food drive and sports recreation initiatives. He supported the RAC sports performance development for youth, as well.

Grant William Gondrezick will always be inscribed in each of our hearts as a soldier always combatting the ills that plague youth’s humanity. His heart was platinum, generous to every interaction that was in sync to his gym’s heartbeat. He will forever be remembered as a “Refreshing Fountain” that showered love, compassion, and relentless energy as a friend, citizen, teammate, coach, brother, son, husband, and most of all FATHER!

He was preceded in death by his parents George and Eunice Gondrezick; infant sister Elizabeth Ann; brothers Gary and Glen; and nephew Kelly Elliston.

Grant accepted Jesus Christ as his savior and was an active member of Refreshing Fountains Church of God. Grant coordinated many Genesis Outreach Youth programs, and summer Bible School programs and fundraising initiatives.

In lieu of flowers the family would ask memorials be given to Berrien Community Foundation Renaissance Athletic Club Youth Sport Performance Program in memory of Grant Gondrezick at www.berriencommunity.org or Genesis Outreach Development, P.O. Box 8750, Benton Harbor, MI 49022. Those wishing to share a memory of Grant online may do so at www.starks-menchinger.com.
Read Less

Receive notifications about information and event scheduling for Grant

We encourage you to share your most beloved memories of Grant here, so that the family and other loved ones can always see it. You can upload cherished photographs, or share your favorite stories, and can even comment on those shared by others.

Plant a Tree in Memory of Grant
Plant a tree
0 trees have been planted in memory of Grant William Gondrezick Sr.

Posted Jan 18, 2021 at 11:42pm
I was in Sky Harbor airport awaiting a flight back to Minnesota and met Grant when he was a rookie. I worked at a newspaper and saw a wire photo of him and sent a copy of it for him to sign which he did. Sorry for your loss. Tom Jones, Albert Lea, Minn.
Comment Share
Share via:
RS

Posted Jan 18, 2021 at 02:56pm
I remember playing basketball at the North Boulder Rec Center in a pickup game with Grant, who was several years younger, when I was in high school. I don't remember the game, but I do remember going into the weight room and trying the speed bag, which I'd never done, and this junior high kid took time to give me tips on how it was done. I guess I could have been offended somehow, but he did it with such a spirit of just helping that I couldn't but be impressed with him as a person. My condolences to his family.
Comment Share
Share via:
NF

Posted Jan 16, 2021 at 10:22am
Sending my condolences from one basketball family to another. Grant and all you kids has inspired my family since you all were at LaSalle and set the bar high around here. Your dad will forever remain a legend a legend, especially in the Michiana area. Much love and prayers sent your way. Grant will never be forgotten. -Natasha foster
Comment Share
Share via:

Posted Jan 15, 2021 at 12:44pm
I was and still am the photographer for Pepperdine Basketball and Volleyball. In those early days, I would travel with the team and "Gondo" was always fun to be with. On one trip, I gave Coach Jim Harrick a $1000 bill and ten $100's to put in Grants Per Diem envelope and we all roared with laughter when he freaked out upon opening it! He was a great guy and a friend!
Dr. Martin Folb
Comment Share
Share via:
R

Posted Jan 14, 2021 at 04:51pm
Sending prayers and love to the family, lots of memories Grant and I spent together as childhood friends, playing basketball against each other and growing up in small town Boulder, much love for you my brother and friend, R.I.H my brother!!!!🙏🏾😇💜
Comment Share
Share via: 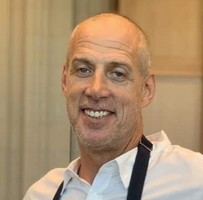