To share your memory on the wall of Gordon Mikesell, sign in using one of the following options:

Lee was born on May 2, 1938, in Cincinnati, Ohio, to Gordon W. & Lutie (Drake) Mikesell. He graduated in 1957 from Ypsilanti High School and continued his educated at Cleary Business College where he earned an associate’s degree in business. In 1960, Lee proudly enlisted in the United States Army until he was honorably discharged in 1962. On September 12, 1998, Lee married Lorranie Holub, in St. Joseph.

For many years, Lee worked in the Human Resources Department at Ypsilanti Hospital and was later relocated to Mercy Memorial and then to Lakeland Hospital as a Tumor Registrar, where he retired after nearly 30 years. Lee had a strong faith for his Lord and was a proud member of Napier Parkview Baptist Church. He would participate in their Bible study program and went on numerous missionary trips with the church to various countries including Russia, Venezuela, and Ukraine. Lee had a passion for helping people whenever possible. He volunteered his time for the St. Joseph Township Fire Department and at Lakeland Hospital. In his spare time, Lee would enjoy riding his motorcycle, birdwatching, hand carving beautiful wooden canes and making his wife, Lorraine, happy by going square dancing with her (although, she would argue that he enjoyed going on his own terms.) Lee loved his family so much, and spending time with his grandchildren gave him the most joy. He was a wonderful, generous man who will be missed dearly by all who knew him.

Lee was preceded in death by his parents, Gordon W. & Lutie, and son, Peter Mikesell.

We encourage you to share your most beloved memories of Gordon here, so that the family and other loved ones can always see it. You can upload cherished photographs, or share your favorite stories, and can even comment on those shared by others.

Posted Jul 28, 2020 at 11:13am
Dear Lorraine:
So sorry to hear about Lee. I didn't know he had passed. He was such a nice person & funny. And having worked at the hospital, travelling to other countries, volunteering at the fire department, ridding motorcycles, etc. He will be missed.
Love ya, Dona Shafer
Comment Share
Share via:
MR

Posted Apr 18, 2020 at 12:02pm
Jill and I have known Lee for many years from countless hours on the racket ball courts, golf courses, rooting for U of M football games and church. Lee was always a sweet spirit through the highs and lows of life. Lee was always ready to share his faith in God and Jesus Christ to those around him. He was always one to stay busy through exercise, gardening and many other talents and crafts that challenged his mind and busied his hands and an example was his creativity of carving many different styles of walking canes. It surely was a glorious Easter Sunday morning as Lee entered Heaven’s portals to be at home with his Lord and Savior and many family member who had gone on ahead before. Rest well faithful Pilgrim, you are home.
Comment Share
Share via:
GC

Posted Apr 14, 2020 at 03:56pm
Lee was a long-time member of Village Squares Dance Club as well as our Treasurer for what seemed liked forever. Some of you dancers will remember Lee and Lorraine as fixtures sitting at the front sign in table. Even when his Parkinson’s disease got to the point where he could no longer dance, he would come and help out at the table, although leaving early. A few years back we made Lee and Lorraine honorary lifetime members of Village Squares for their work and dedication to our club. He will be missed by all of us who knew him thru Square Dancing. - Greg & Char Cook Co-Presidents Village Squares
Comment Share
Share via: 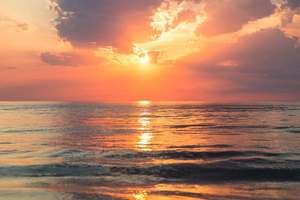 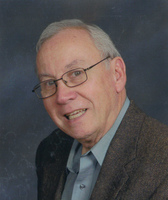