To share your memory on the wall of Gary Bush, sign in using one of the following options:

Provide comfort for the family of Gary Bush with a meaningful gesture of sympathy.

Arrangements are entrusted to Starks & Menchinger Chapel, St. Joseph. Memorial donations in Gary’s name may be made to the A... Read More
Gary R. Bush, 80, of St. Joseph, passed away, Tuesday, April 7, 2020 at Caretel Inns of Lakeland, St. Joseph.

Arrangements are entrusted to Starks & Menchinger Chapel, St. Joseph. Memorial donations in Gary’s name may be made to the American Cancer Society. Those wishing to sign Gary’s Memory Book online may do so at www.starks-menchinger.com.

Gary was born May 15, 1939 in South Haven to Cecil & Martha (Rorick) Bush. He attended St. Joseph Public Schools. Gary served many years on the Benton Harbor City Fire Department. On April 26, 1986, he married the former Patricia Meachum in St. Joseph. In 1992, Gary gained employment with Lakeview Terrace in St. Joseph, where he retired as maintenance supervisor in 2003. Gary enjoyed tinkering with and repairing things, using his vast array of tools to do so. In his free time, he enjoyed golfing, but most of all, the time spent with his family, especially his grand & great-grandchildren.

Receive notifications about information and event scheduling for Gary

Print
There are no services planned at this time. Memorial donations in Gary's name may be made to the American Cancer Society.

We encourage you to share your most beloved memories of Gary here, so that the family and other loved ones can always see it. You can upload cherished photographs, or share your favorite stories, and can even comment on those shared by others.

Plant a Tree in Memory of Gary
Plant a tree
0 trees have been planted in memory of Gary R. Bush
EB

Posted May 05, 2020 at 11:59am
Bunny, I was so sorry to see that your dad passed away. I always enjoyed talking with your dad when he was employed at the high rise. May you find comfort in your memories.
Comment Share
Share via:
JT

Posted Apr 10, 2020 at 07:29pm
Gary was a great guy. He was always willing to help anyone that needed it. He was a very friendly person . Enjoyable to be around. He could fix anything. He will be missed.
Jan Todd
Comment Share
Share via:

Posted Apr 10, 2020 at 09:51am
Gary was a sweetheart. He used to walk Killer his Yorkie and we always talked about our babies. I have a Yorkie also Oscar. My guy used to always go visit Killer in his yard. Will miss him in the neighborhood. Now he is with his wife who passed not that long ago. Rest in peace together.
Comment Share
Share via:
JG

Posted Apr 10, 2020 at 09:25am
Our hearts are broken over the loss of our dear, dear friend. He may be gone from this earth, but he will always have a special place in our hearts. We can only look forward to the day when we are able to look back and smile at our many fond memories of times spent with Gary. Now, we are just too sad. Bunni and family, we are so sorry for your loss. We send our most heartfelt condolences.
The Graziani Family

Posted Apr 09, 2020 at 05:06pm
Gary had a heart of gold. He was the best neighbor and friend anyone could ever hope for. He was always willing to lend a hand and help out in any way he could. Our hearts are broken over the news of his passing. We will miss him terribly and we will remember him often. Our most sincere and heartfelt condolences to his family.
Joel & Deb Graziani
Comment Share
Share via: 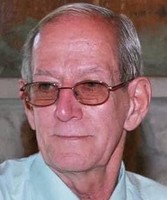