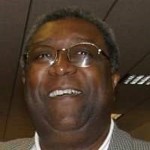 A Celebration of Life service will be held at a later date. Memorial contributions may be made to Pilgrim Congregational UCC, 1200 W. Glenlord Rd., St. Joseph. Those wishing to leave an online condolence may do so at www.starks-menchinger.com.

Fred was born on August 12, 1947, to James & Ethel (Richards) Gibby in Mobile, AL. He attended Dudley Elementary where he played Little League baseball and Northwestern Junior High where he played football and sang in the chorus. He graduated from Battle Creek Central High School where he was a member of the Math Club, Spanish Club, and Optimist Youth Appreciation Week. Fred attended the University of Michigan for one year and remained a lifelong diehard Michigan fan. He received his Associates degree in Business at Kellogg Community College where he played basketball and was an avid tennis player, continuing to play these sports into adulthood. Fred then transferred to Western Michigan University where he earned his Bachelor of Arts degree in Business Administration with a minor in Accounting.

On August 14, 1971, he married the love of his life, Loretta Christensen, at First Congregational Church in Battle Creek. Fred worked in Human Resources for Whirlpool Corporation and then at Lakeland Regional Hospital as Vice President for Human Resources in St. Joseph and Director of Human Resources in Niles.

Fred was a man of faith. He loved his God and Savior, Jesus Christ; in his glory especially when worshipping through song. He participated in multiple choirs from his childhood at Second Missionary Baptist Church in Battle Creek, through adulthood at Pilgrim Congregational UCC in St. Joseph. He was a Charter member of Pilgrim Congregational UCC, and over the years served as Moderator, Trustee, and Diaconate member. Fred was a moderator and representative to the Southwest Association of Michigan Conference of UCC, and a member of the Church and Ministry Committee for the Southwest Association Michigan Conference and UCC Board of Directors.

Fred was heavily involved in his community and was supportive of many missions. He was on the Board of Directors for Southwest Michigan Symphony Orchestra, Boys and Girls Club of Berrien and Cass County, Y.M.C.A., LINK Crisis Center, Samaritan Center, Berrien County Cancer Society, Out Center, United Way, and Cathedral School of Arts. Fred was a member of St. Joseph Kiwanis Club, Benton Harbor Sunrise Rotary, Band of Brethren in Christ, and Stewardship Board. Fred was on the Personnel Committee of Curious Kids’ Museum, volunteered in Probation 5th District Court, served as Delegate to General Synod in Oakland, CA, Delegate to General Synod in Columbus, OH, and sang with the Lake Michigan College Choir in Benton Harbor.

Fred was a loving son, son-in-law, husband, father, brother, uncle and Grampy to his precious grandson, Aidan. His smile could brighten a room and he was a role model for young Black men. Fred’s patient and wise counsel, compassion, kindness, love and support for both family and community was evident to everyone who knew him and he will be missed by many.

Fred was preceded in death by his parents. He leaves behind a great legacy and his memory will live on.