To share your memory on the wall of Faye Benson, sign in using one of the following options:

Print
Faye Benson (Baker) passed away at Royalton Manor, 288 Peace Blvd, on the evening of Wednesday, February 24th, 2021 due to complications from Alzheimer's.

Faye was preceded in death by her husband, Charles Benson, Sr of Niles, Michigan, ... Read More
Faye Benson (Baker) passed away at Royalton Manor, 288 Peace Blvd, on the evening of Wednesday, February 24th, 2021 due to complications from Alzheimer's.

Faye was preceded in death by her husband, Charles Benson, Sr of Niles, Michigan, her daughter Lori Lott of Niles, Michigan, her daughter Kathleen Conrad of Ravenden, Arkansas, and her great-great granddaughter, Taytum Brielle Brunty. She was also preceded in death by her brother Bill Baker, and her sisters Katherine Ball, Myrle Carrington, and Yvonne Radosevich. She is survived by her sisters Mae, Ginger, and Carolyn, her brothers Bud and Danny, as well as her daughter Susan Hoffman (Kenneth) of Saint Joseph, Michigan, her son Charles Benson, Jr (Kristin) of Cassopolis, Michigan, and her son Stephen Benson (Elizabeth) of Cassopolis, Michigan. She will be missed by eleven grandchildren, fourteen great grandchildren, and one great-great granddaughter. Faye had nine siblings and her late husband had six siblings, so she was a beloved aunt to a great number of nephews and nieces all over the country.

Faye was born January 17th, 1937, along with her twin sister Mae, in Georgetown, Arkansas to Montay and Hixie Baker, the sixth of ten children. In 1955 Faye fell head over heals in love with Charles Benson and they were married May 12th, 1956 in Buchanan, Michigan.

Faye was a very hard working mother of five children and at one point in her life she was raising an infant, a one year old, a two year old, a three year old, and a four year old all at the same time, and she did it well. Faye was also a devoted wife to her husband Chuck, always at his side through thick and thin, sickness and health. She was a loving, wise mother and a doting, thoughtful grandmother. Faye enjoyed travel, taking care of farm animals, gardening, and growing flowers. She loved her grandchildren and great grandchildren very much and was especially fond of babies, even in her later years when Alzheimer's was taking so much of her from us.

Faye had a very strong faith in the bible and its promises, and was baptized as one of Jehovah's Witnesses on January 14th, 1975. She enjoyed attending meetings and telling others of her bible based hope of someday living forever in Paradise.

Receive notifications about information and event scheduling for Faye

We encourage you to share your most beloved memories of Faye here, so that the family and other loved ones can always see it. You can upload cherished photographs, or share your favorite stories, and can even comment on those shared by others. 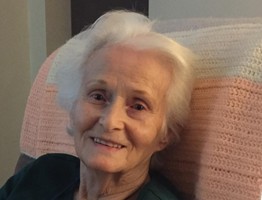