To share your memory on the wall of Eugene Ray \"Gene\" Welch, sign in using one of the following options:

Print
Eugene Ray “Gene” Welch, 92, of Stevensville, passed away peacefully on Friday, July 24, 2020, at the Willows in St. Joseph.

A celebration of life will be held at noon on Friday, July 31, 2020, at Starks & Menchinger Chapel, 2650 Niles Rd., St. Joseph. Burial will follow in Lincoln Township Cemetery, Stevensville. Visitation will be prior to the service from 10:30 – noon also at the funeral home. In lieu of flowers memorial contributions may be given to the American Cancer Society or the American Alzheimer’s Assn. Those wishing to send a condolence online may do so at www.starks-menchinger.com.

Gene was a graduate of Bridgman High School, class of 1946. While there, he was a member of the back to back state basketball champions of ’45 and ’46. After graduation he proudly served in the US Army during the Korean War. When he returned home, he took a job as a repairman at Whirlpool in St. Joe where he worked for 40 years, retiring in 1990. Gene was a former member of the Jaycees, Lions Club, and the American Legion. He was an avid Detroit Sports fan. Gene was active in Little League as a coach and was always an active spectator for his children and grandchildren.

We encourage you to share your most beloved memories of Eugene Ray "Gene" Welch here, so that the family and other loved ones can always see it. You can upload cherished photographs, or share your favorite stories, and can even comment on those shared by others.

Posted Aug 07, 2020 at 09:41pm
I'm sorry to hear of your Father's passing, Bill. God rest his soul and prayers of strength and comfort for you and your family.
Comment Share
Share via:
GW

Posted Jul 30, 2020 at 03:01pm
My condolences to Gene's family. He was such a decent caring man who loved his family dearly. Have been corner neighbors for many, many years, since his sons and my daughter were in school. He will be missed by all who knew him. He is in a better place now. God Bless .. Ginny Woodward
Comment Share
Share via:
ST

Sorry to hear about your Dad, may the lord be with all of you during this time of sadness. God Bless. 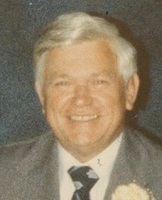 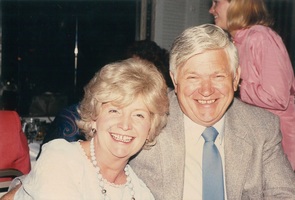