To share your memory on the wall of Eleanor Radke, sign in using one of the following options:

Print
Eleanor E. Radke, 103, of Munising, passed away peacefully on Sunday, November 8, 2020 at her residence in Munising, MI.

A committal will take place at 10am, Thursday, November 12, 2020 at Northshore Memory Gardens, Coloma. In lieu of fl... Read More
Eleanor E. Radke, 103, of Munising, passed away peacefully on Sunday, November 8, 2020 at her residence in Munising, MI.

A committal will take place at 10am, Thursday, November 12, 2020 at Northshore Memory Gardens, Coloma. In lieu of flowers, memorial contributions may be given to the American Cancer Society, www.cancer.org.

Eleanor was born February 2, 1917 in Bismarck, ND to Gustav and Albertine (Sperling) Friske. A duplicate of her mother, she was a strong, independent woman. She was very handy in regards to home improvements, as well as a talented seamstress. Eleanor worked as a guard at the local nuclear power plant and often spoke of her time wielding a gun at work and having the best shot on the team. While living in Texas, Eleanor spent her time with her partner, Bob, dancing seven days a week and playing Bingo. After he passed, she moved to the Upper Peninsula to be closer to her daughter.

Receive notifications about information and event scheduling for Eleanor

We encourage you to share your most beloved memories of Eleanor here, so that the family and other loved ones can always see it. You can upload cherished photographs, or share your favorite stories, and can even comment on those shared by others.

Posted Nov 10, 2020 at 03:54pm
Sybil, you will not know who I am but I knew your mother, Eleanor quite well. My mom and dad, Kurt and Lucille Garbuschewski were very good friends through the DAV. My mom and your mother were quite a team. When you mention here being independent and a strong character, that defines your mom well. I'll never forget the time the four of us were headed to the UP for DAV State Convention in Houghton. Eleanor was the Historian for my mom who was the Commander that year. I would guess the year to be about 1967. So your mom and I traveled in the backseat of my parents car and she had her little manual typewriter on her lap the whole way there preparing the Historian Book for the convention. Along the way we had a tire blow out and had someone come to change it out for a new tire. Eleanor remained in the jacked up car the entire time working on her book. It turned out wonderful. She was such a detailed person. I also remember her house projects especially the one in St Joe. She worked so hard and never seemed to run out of energy. We all loved her so much and I have thought of her often, wondering where she was and if she was still among us. I'm so glad I noticed the Obit. Mom and dad have both passed on 10 and 7 years ago. I have since moved to Idaho just 4 years ago but still get all the news from SW Michigan. I offer my condolences and know how much your mom meant to us. She always spoke so highly of you. Vicki (Garbuschewski) Behr
Comment Share
Share via:
MD

Posted Nov 09, 2020 at 06:34pm
the Radke Family, So sorry for your Loss. Worked with Eleanor in security at the Cook Nuclear Plant Back in 1977-78. She made an impression on me was stunned to see that she passed. will keep the Radke family in our thoughts and Prayer

I remember your mom very well. She came to stay at our house when my Uncle Adolph passed and she was helping Aunt Olga get through the days that followed. Sounds like she enjoyed an amazing life. 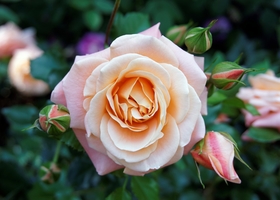