To share your memory on the wall of Edward Pastrick, sign in using one of the following options:

Arrangements are entrusted to Starks & Menchinger Chapel, St. Joseph. Due to COVID-19, Celebration of Life Services will be planned and an... Read More
Edward J. “Big Ed” Pastrick, 70, of Kalamazoo, passed away Thursday, February 4, 2021 at home.

Arrangements are entrusted to Starks & Menchinger Chapel, St. Joseph. Due to COVID-19, Celebration of Life Services will be planned and announced at a later date. Yes, it will involve Italian food. Memorial donations in Ed’s name may be made to Primed 2 Fight – www.primed2fight.org. – an organization that meant so much to him. Those wishing to sign Ed’s Memory Book online may do so at www.starks-menchinger.com.

Ed was born July 24, 1950 in St. Joseph to Edward J. & Marie (Bertuca) Pastrick. He graduated from St. Joseph Catholic High School, class of 1969. Ed was employed for the majority of his career as a salesman for various auto dealers in the Benton Harbor, St. Joseph and Kalamazoo areas. Ed loved to cook for his family and friends, especially large amounts of pasta with his mother’s sauce recipe. Ed made friends wherever he went – from the grocery stores to the restaurants he visited, to the vet’s office while caring for his spoiled canines, to the healthcare staff he encountered along his medical journey.

A very special thank you to Grace Hospice of Kalamazoo for their tender care and support.
Read Less

Receive notifications about information and event scheduling for Edward

Print
Due to COViD-19, a Celebration of Life Service will be planned and announced at a later date. Memorial donations in Ed’s name may be made to Primed 2 Fight – www.primed2fight.org. – an organization that meant so much to him.

We encourage you to share your most beloved memories of Edward here, so that the family and other loved ones can always see it. You can upload cherished photographs, or share your favorite stories, and can even comment on those shared by others.

Posted Feb 09, 2021 at 10:37am
I am so sorry for your loss. I met Ed back in the late 70's when he was working at the Berrien County Friend of the Court Office. He was a great guy to work with and always talked about his wonderful family.
Comment Share
Share via:
MB

Posted Feb 08, 2021 at 10:04pm
My condolences and prayers for the Pastrick family. I am so sorry for your loss. May he now rest in peace in the arms of our Lord.
Comment Share
Share via:
RZ

Posted Feb 08, 2021 at 08:31am
Ed I will miss your weekly calls to check up on me and when I answer the phone the first thing you would say is "are you home" because of the covid19 he didn't want me to go out. I an at peace knowing that you are with your loved ones and free of pain. A special thanks Jodi for sharing her life with you. You always said that whatever was happening good or bad she always made you laugh. RIP Big Ed. until we meet again.
Comment Share
Share via:
M

I’m so sad to receive this news. Eddie was always so much fun. I remember winning a dance contest at the Surf Club with him when we were in Junior High. My heart goes out to Gene, Tony and his whole family. Rest In Peace, friend and save a dance for me in the great beyond. Marsha Smith Class of 1969 SJC 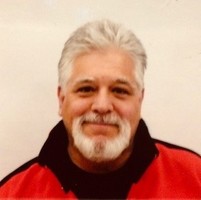