To share your memory on the wall of Edward Eberhardt , sign in using one of the following options:

A Celebration of Life Memorial Service will be held on Monday, June 14, at 1 PM with Fr. John Fleckenstein officiating at Starks & Menchinger Chapel & Cremation Services, 2650 Niles Rd., St. Joseph. Friends may visit with the family from 11 AM until the time of the service. Burial will follow at Riverview Cemetery, St. Joseph. Memorial contributions may be made to Caretel Inns St. Joseph. Those wishing to leave an online condolence may do so at www.starks-menchinger.com

Ed was born February 20, 1942, to Ernest and Mildred (Imler) Eberhardt at Berrien General Hospital. While attending Lakeshore High School, Ed was actively involved in their local 4H. It was there where he met Barbara “Barb” Diederich. The two had a blossoming friendship which led to him asking her to prom and later to be his wife. On July 30, 1966, at St. Joseph Catholic Church, with several hundred people attending, Ed and Barb were wed.

Ed worked at several Die Cast Companies (Pemco, Paramount and Premier Die Casting Companies) during his career as a Die Cast Operator. He enjoyed traveling when he was younger and going to Great Britain to see his son in the Air Force. Ed loved growing up on a farm, and took great pride in tending to his yard using those same skills. When he wasn’t working on his yard, he would join his old work buddies for breakfast during his retirement. One of his well-known qualities was how outgoing he was. During fair season, he was able to strike up a conversation with anyone while always having a smile on his face. Ed was a devoted, dedicated husband and father, and will be missed by his whole family and everyone that knew him.

We encourage you to share your most beloved memories of Edward here, so that the family and other loved ones can always see it. You can upload cherished photographs, or share your favorite stories, and can even comment on those shared by others.

Posted Jun 11, 2021 at 04:26pm
I will always remember the times I saw you at the mall, and the talks we shared,prayers to your wife and children, you will be missed, Cathy moore
Comment Share
Share via:
VD 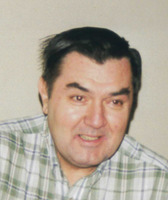