To share your memory on the wall of Douglas Hendrix, sign in using one of the following options:


Doug was born on March 9, 1956 in Fremont, Michigan to Charlotte and Eugene “Gene” Hendrix. Doug graduated from Lakeshore High School in 1974. On June 23, 1979 he married Cheri Baushke and together they had two children Kimber and Paul. He spent his life serving the Southwest Michigan Community as a General Contractor where he completed a variety of construction jobs. Throughout his life he supported a variety of local causes including, Lakeshore Athletics, Lakeshore Bands, and the Humane Society of Southwest Michigan. Doug enjoyed cooking, but his greatest hobby was spending time with his many friends and family.

He is survived and will be missed by his wife Cheri; two children Kimber and Paul (Megan); grandson Logan; a sister Joanne (Al) Mayer: and brother Dave (Sandy); and his mother-in-law Shirley Sink. He was preceded in death by his parents Charlotte and Eugene Hendrix.
Read Less

Receive notifications about information and event scheduling for Douglas

We encourage you to share your most beloved memories of Douglas here, so that the family and other loved ones can always see it. You can upload cherished photographs, or share your favorite stories, and can even comment on those shared by others.

Posted Aug 21, 2020 at 12:10pm
I was so surprised and saddened to see of Doug’s passing. My son Ryan wrestled with Paul and Doug and his family were at all of the wrestling events. Lots of good times lots of good memories .Good people.Julie Stover
Comment Share
Share via:
LB

Posted Aug 21, 2020 at 12:00pm
So sorry to hear of Doug's passing. Ed and I knew Doug and family for many years. Doug and Dave build our two buildings for our business. And what a great job they did. And we know Joanne and Al from the business we used to have!
May God comfort your entire family
Ed and Linda Brunke
Comment Share
Share via:
SH

Posted Aug 21, 2020 at 02:57am
Cheri, Dave, and Joanne,
I am so sorry for the loss of your husband and brother. I have many fond memories of Doug during high school and beyond and was saddened when my brother called to tell me Doug had passed. I pray that God comforts you during this difficult time. R.I.P. Doug. 🙏🌷
Comment Share
Share via:
GB

Posted Aug 20, 2020 at 07:35pm
Gary Brady
My deepest sympathy goes out to Cheri, Kimber and Paul, also to Dave and Joann.
I am going to miss Doug texting him on holidays and his birthday and his famous reply to me was Bahumbug!
Doug took me under his wing rite after he married my sister. He thought me a lot about construction I use to do side jobs with him and his brother Dave when I was younger. I worked with Doug about 6 years ago for a little over a year. We use to have a lot of fun at work. He will never realize how much I appreciated all the time we spent together. I am doing construction on my own and would’ve never had the confidence to do that if it wasn’t for him. We have always stayed in touch. I will miss talking to him but I know he is in a better place.
I LOVE YOU BROTHER-IN-LAW RIP. U will never be forgotten!
Gary Brady

Posted Aug 20, 2020 at 03:39pm
Our hearts ache for your loss, and pray that God gives you all strength to endure the pain. Love Kim & Gary
Comment Share
Share via: 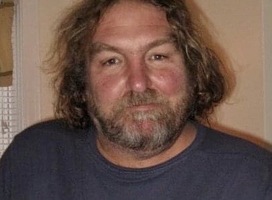