To share your memory on the wall of Douglas Bunnell, sign in using one of the following options:

A Celebration of Life Graveside Service will be held at a later date at Fort Custer National Cemetery in Augusta, Michigan. Friends may visit wit... Read More
Douglas E. Bunnell, 78, of Benton Harbor, passed away, Friday, June 12, 2020 at his home.

A Celebration of Life Graveside Service will be held at a later date at Fort Custer National Cemetery in Augusta, Michigan. Friends may visit with the family from 4:00 until 6:00 P.M. Monday, June 22, 2020 at Starks & Menchinger Chapel, 2650 Niles Rd., St. Joseph. Memorial donations in Doug’s name may be made to the First Church of God, St. Joseph. Those wishing to sign Doug’s Memory Book online may do so at www.starks-menchinger.com.

Doug was born March 8, 1942 in Chicago, Illinois to Emery & Alice (Stanner) Bunnell. He graduated from Berrien Springs High School, Class of 1960, and went on to earn his Bachelor’s Degree and Master’s Degree from Western Michigan University in Kalamazoo. Doug served his country in the United States Army National Guard. On October 8, 1985 he married the former Diane Merritt in Sequim, WA. Doug was employed for forty years at Whirlpool Corp. in Benton Harbor, retiring as Senior Product Designer in 1997. Doug was a member of the First Church of God and the Whirlpool Old Timers. In his free time, he enjoyed wine making, fishing, bowling, reading, & building models-especially military planes.

Receive notifications about information and event scheduling for Douglas

You will receive any future notification messages.
Print

We encourage you to share your most beloved memories of Douglas here, so that the family and other loved ones can always see it. You can upload cherished photographs, or share your favorite stories, and can even comment on those shared by others.

Plant a Tree in Memory of Douglas
Plant a tree 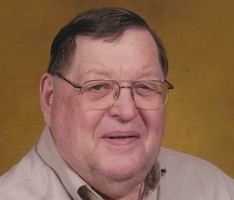 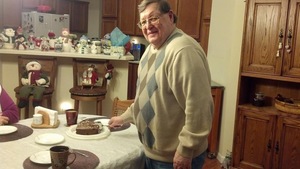