To share your memory on the wall of Doris Hart, sign in using one of the following options:

Doris was born November 5, 1927 in Clyde, Ohio to Jesse E. and Grace N. (Sultz) Burroughs, as one of nine siblings. After graduating from Clyde High School in 1945, she enrolled in civil service training to work for Air Technical Service Command to aid with the war effort. She and her sisters also formed their own band called the Burroughs Family Orchestra and performed throughout town. When World War II ended, she became a payroll clerk at Whirlpool in Clyde, Ohio, where she met Gene Hart. The two married in 1954. They had two children and were together until his death in 2014.

In 1963 the family moved to Baroda, MI. She worked for many years as a secretary of Baroda Elementary School and was a member of the Baroda Women’s Civic League. She later returned to work at Whirlpool in Benton Harbor, and in 1985 she and Gene moved to a house overlooking the lake in St. Joseph, where they were able to watch the gorgeous sunsets every night. In 1992 Doris retired to become a full-time grandma to two granddaughters, who were the joy of her life.

Doris loved gardening in her hillside garden, playing cards, music, reading, and baking. She made wonderful pies, but her family joked that they came with a disclaimer, because she always had some story about why that particular dessert didn’t look perfect. She made friends everywhere she went, and she constantly made her loved ones laugh with her goofy sense of humor. She worked hard and never slowed down, even insisting into her 80s that she mow her own lawn. She wrote in her diary every day, and in her later years she used these diaries to write her life story.

She is survived by her son Daniel (Cindy) Hart of Benton Harbor and daughter Cathy (Craig Steenbergh) Hart of Saugatuck; granddaughters Alana Hart and Erin Hart, both of Chicago; brother Harry Burroughs of Clyde; and numerous nieces and nephews.

She was preceded in death by her parents, her husband, and seven siblings.
Read Less

Receive notifications about information and event scheduling for Doris

We encourage you to share your most beloved memories of Doris here, so that the family and other loved ones can always see it. You can upload cherished photographs, or share your favorite stories, and can even comment on those shared by others.

Posted Jan 22, 2021 at 03:23pm
Mom was always happiest working in her gardens and making everything grow. This grove of trees is dedicated to Mom and Dad - Doris & Gene Hart.

5 trees were planted in the memory of Doris Hart

Posted Jan 26, 2021 at 10:17pm
I was so saddened to hear of my birthday buddy’s passing. For many year, Doris called me to wish me a happy birthday, something I looked forward to every year. She always had so much vitality and energy and I appreciated her reaching out to me every year. Gene and Doris were wonderful friends to my parents, who moved to the St. Joe Whirlpool division at the same time. Many evenings spent together with Dan and Cathy as our parents played cards and laughed together, while enjoying a couple of beers. Birthday Buddy, you were on my mind last week and hearing that you passed away has had a deep impact on me. Saddened that I will no longer hear from you on my birthday but hoping you will will be enjoying a beverage with Fred and Mary Jean and your beloved Gene and playing some cards while your kids and I think about you with love.
Comment Share
Share via:
AH

Posted Jan 25, 2021 at 09:06pm
I spent half of my childhood with Mamo (Doris) and at her and Papa's (Gene's) home. They were more like second parents: Mamo taught me how to read, tie my shoes, cook, and write a check. Some of my happiest memories are summers playing baseball in the backyard, going to deer forest, and playing cards after school. She taught me to work hard but to also not take life too seriously (practical jokes were a favorite: I cannot count the number of presents she hid, for no real reason, or times she would hide and jump out when I'd walk through the door).

I feel so lucky that she was there for high school, college, and even law school graduation: in fact, she spent my birthday in 2019 with me in Champaign, Illinois, eagerly meeting all of my friends and law professors. Because that's who she was: such a friendly, genuine, lovely person. Every birthday and holiday, the number of cards she sent and received was astounding. Her family, friends, and home truly meant the world to her. Despite the year that was 2020, I was fortunate to finish school remotely, from her house. She rented me the room for "a nickel an hour" and we'd have coffee and play cards on my breaks. Though the loss is tremendous, it is mixed with happiness in her being reunited with Papa. The two of them were my favorite people, and I will miss them for the rest of my life. 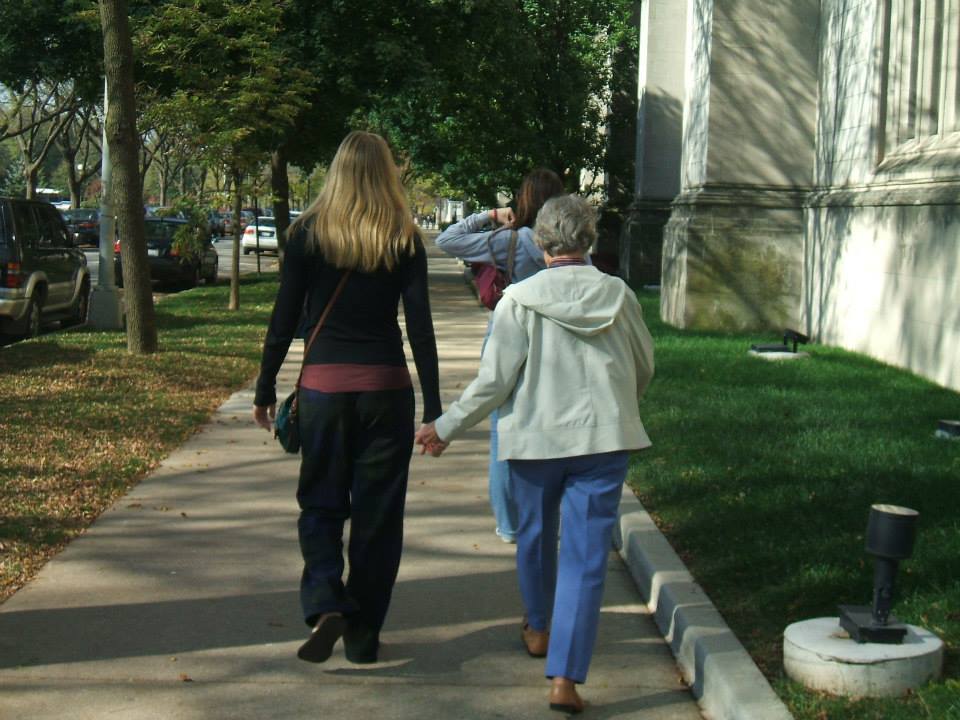 Posted Jan 22, 2021 at 03:43pm
My mom & Doris were very good friends until mom passed away in 1984. My mom & Doris sent the same ugly witch Halloween card back and forth every year. Doris and I exchanged Christmas cards and letters every year in December. She always wrote about her family with such loving fondness. I will miss her annual Christmas card & letter.
Comment Share
Share via: 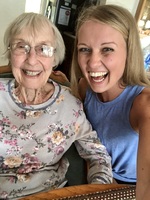