To share your memory on the wall of Donald Sater, sign in using one of the following options:

Don graduated from St. Joseph High School, class of 1975. He worked at Whirlpool, Alreco, and his favorite work was as First Mate to Russ Clark on the charter boat, Sea Hawk for almost 20 years until his health became poor. Don loved Lake Michigan, Grand Mere Park, sports, including the Detroit Tigers and Lions, fishing, and hunting. But most importantly, Don loved his family and checked on his mom every day. He will be greatly missed by all.

Don is survived by his mother, Shirley (Doyle Roberts) Sater-Roberts; his son, Ryan Sater-Moris; half-brother, Brian Martin; nieces, cousins, and his sister in law. He is preceded in death by his father, Donald Sater; and his brother, David Sater.

Cremation services have taken place. A private service will be held at a later date. Memorial contribution may be made to the family, c/o the funeral home.
Read Less

Plant a Tree in Memory of Donald
Plant a tree 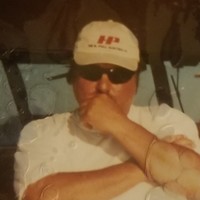