To share your memory on the wall of Donald Pilny, sign in using one of the following options:

Mass of Christian Burial will be held on Friday, April 30, 2021, at 10:30 AM at St. Joseph Catholic Church, 220 Church St., St. Joseph. Burial will take place privately. Friends may visit with the family on Friday, from 9AM until 10AM at Starks & Menchinger Chapel, 2650 Niles Rd., St. Joseph. Memorial contributions may be made to St. Jude Children’s Research Hospital, 262 Danny Thomas Place., Memphis, TN 38105, or Shriners Hospitals for Children, 2900 N. Pocky Point Dr., Tampa FL 33607. Those wishing to leave an online condolence may do so at www.starks-menchinger.com.

Donald was born on August 27, 1938, to Frank & Lillian (Kowalczyk) Pilny in Chicago. He graduated from Gage Park High School in Chicago and then continued his education at ITT Tech. He proudly served his country in the United States Army before being honorably discharged. On October 5, 1968, Donald married Harriet Parzygnat and were happily married for over 46 years before her passing in 2015. For over 40 years, Donald worked as a Technician for many Telecommunication Companies. In Donald’s spare time, he loved to learn about war history and watch war movies. He also enjoyed going fishing in Wisconsin and in Michigan’s Upper Peninsula.

Donald was the beloved husband of the late Harriet (Parzygnat), Loving brother to the late Matthew (the Late Florence), Edward (Joyce), Dorothy Byrdak (the late Walter), Evelyn Mrozek (the late Tom), and John. He was the loving brother-in-law of Theresa and Michael Perrino and fond uncle to many nieces and nephews.

Posted Apr 28, 2021 at 03:32pm
Memories are so wonderful. Knew him for many years and know how much he loved Harriet so now they are together in peace. Know I am praying for all.
Love Candy Bucyk
Comment Share
Share via: 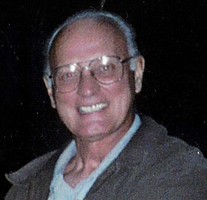