To share your memory on the wall of Donald Buyze, sign in using one of the following options:

Donald was born November 23, 1932 in Sheboygan, Wisconsin to Daniel and Mary Buyze.

Donald was born November 23, 1932 in Sheboygan, Wisconsin to Daniel and Mary Buyze.

Following high school graduation in Sioux City, Iowa, in 1950, he worked for a time in Stuttgart, Germany for Radio Free Europe.

Upon graduation from Calvin College in Grand Rapids in 1956, he took a post in Northern Michigan Christian High School in McBain, teaching physics, chemistry, and mathematics, and coaching basketball.

He received a master’s degree from Central Michigan University in 1968.

In 1969 he moved to the area to teach mathematics at Benton Harbor High School until 1994. He coached freshman basketball from 1971 to 1988 leaving behind a 90% win record.

During much of that time he also taught night school at Lake Michigan College.

Following retirement he volunteered for a number of years for the summer workshop program of Habitat for Humanity through First Presbyterian Church of Benton Harbor.

A memorial service will be held in the summer of 2021. No date has been set yet. Gifts in Don’s name may be given to the First Presbyterian Church in Benton Harbor, PO Box 186, Benton Harbor, MI 49023. Those wishing to sign Don’s Memory Book online may do so at www.starks-menchinger.com.
Read Less

Print
Due to Covid-19 there will be no services at this time. It will be announced Summer of 2021 Memorial Donations in Don's name may be made to First Presbyterian Church, PO Box 186, Benton Harbor, MI 49023

Posted Sep 19, 2020 at 01:21pm
My deepest condolences to the Buyze family. He was a special kind of guy and I considered him a friend and will always cherish our conversations. There was never a topic in which he did not have a opinion. Rest in Peace Mr. Buyze....
Comment Share
Share via:
S

Posted Sep 09, 2020 at 01:30am
Mr. Buyze was my math teacher in high school. He was always pleasant. My deepest sympathy and condolences to the family. David the Class of 1980 miss you and is sending prayers your way. Sherri Guidry Coulibaly.
Comment Share
Share via:
GM

Posted Sep 07, 2020 at 12:45pm
It is with great sadness to learn of Don's passing. He was a valued member of the BHHS staff and was well-respected by his colleagues and students. I personally appreciated his friendship and patience. I took over the basketball clock duties from Don and always remembered the advice he gave me. Rest easy my friend, and thank you.
Comment Share
Share via:
DJ

Posted Sep 06, 2020 at 11:07pm
Sorry for the passing of Uncle Don. My thoughts and prayer are with you all at this time. Debbie Johnson
Comment Share
Share via:
RT 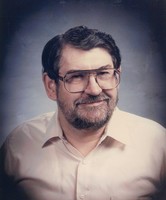