To share your memory on the wall of Dee Ann Lange, sign in using one of the following options:

Dee Ann was born on December 29, 1938 in St. Joseph, MI, to Karl and Mary (Deitch) Loeffler. Dee Ann married Gerald “Jerry” Lange on January 8, 1955. They were married for 57 years before Jerry’s death in 2012. Dee Ann retired from Whirlpool after 28 years of service. Dee Ann and Jerry traveled the world and after retirement, spent their winters in Tucson, Arizona. Above all of the things that were important to her in her life, she loved spending time with her family the most.

A memorial celebration of Dee Ann and Jerry’s life together will be held at a later date. In lieu of flowers, memorials may be made to the Humane Society of Southwest Michigan, Lakeland Hospice, or to Hope Lodge, 411 Second Street, NW, Rochester, MN 55901.

In addition to her husband and parents, Dee Ann was preceded in death by sister Kay Loeffler and brother George Loeffler.

Receive notifications about information and event scheduling for Dee Ann

We encourage you to share your most beloved memories of Dee Ann here, so that the family and other loved ones can always see it. You can upload cherished photographs, or share your favorite stories, and can even comment on those shared by others.

Posted Jan 12, 2021 at 11:37am
Cliff and I were shocked and saddened by the passing of our friend DeAnn. We had been neighbors for about 50 years. So many good memories of times together. We will truly miss her. Pat and Cliff
Comment Share
Share via:
JS 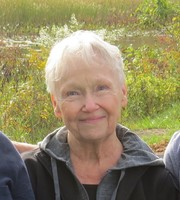