To share your memory on the wall of David Piersma, sign in using one of the following options:

A celebration of life service will be held on Tuesday, August 18, 2020, at 12PM, at Starks & Menchinger Chapel, 2650 Niles Rd., St. Joseph, with Pastor David Colp officiating. Burial will follow at North Shore Memory Gardens in Coloma. Friends may visit with the family on Tuesday from 10AM until the time of the service at the funeral home. Memorial contributions may be made to Upton Middle School Athletic Department. Those wishing to leave an online condolence may do so at www.starks-menchinger.com.

Dave was born on April 11, 1957, to Gordon & Anne (Leestma) Piersma in Grand Rapids. He graduated from Unity Christian High School in Hudsonville, MI. He then continued his education at Western Michigan University where he earned his Bachelors in Accounting. On October 24, 2003, Dave married the love of his life Rhoda Chundama in St. Joseph. He worked for LECO and All State Insurance. Most recently, he owned and operated Ultimate Satellite. Dave was a member of First Church of God. His most cherished time was spending it with his family and watching his son play sports.

Dave was preceded in death by his father Gordon Piersma and brother John Piersma.
Read Less

Receive notifications about information and event scheduling for David

We encourage you to share your most beloved memories of David here, so that the family and other loved ones can always see it. You can upload cherished photographs, or share your favorite stories, and can even comment on those shared by others.

Posted Sep 02, 2020 at 05:42pm
Please accept my deepest condolences. Dave and I spent several years growing up through our twenties having as much fun as possible. Although we moved apart I always considered him a close friend and miss not seeing him more. He was the kind of guy that would always light up a room or event. I will miss him
Comment Share
Share via:
J

Posted Aug 23, 2020 at 03:20pm
We are sending our deep sympathies to your family at this time David will be missed by your family but eternal life is his reward and seeing Jesus face to face will keep him smiling forever. I have fond memories of him as a little guy growing up on Hillcrest! Al and Jeanne
Comment Share
Share via:
BH

Posted Aug 21, 2020 at 07:08am
I was sad to hear of the passing of my high school friend.
Dave and I rode together almost every night to Allendale to hang out with our friends. My best memory of Dave is that he always had a smile on his face. My thoughts are with Dave’s family.
Bob Huizinga
Comment Share
Share via:
MV

Posted Aug 18, 2020 at 10:24am
May your memories provide you comfort during this time. I am so sorry for your loss. David was authentic and fun loving. Loved his family, his community and his friends. He was there for me and my family during my brother's fight against COVID. His words of encouragement and support will be forever cherished. May he rest in peace and his family know he made a difference for many. Love, Marcia Visser
Comment Share
Share via:
CM

Posted Aug 18, 2020 at 08:13am
I am so sorry for your loss, Dave was a kind man and i am glad i got to know all of you...Rhoda you and Marshall are in my thoughts and prayers...Keep going strong because Dave would want you to be happy....Love Cathy Megna
Comment Share
Share via: 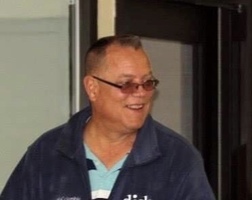 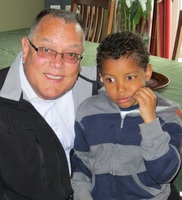 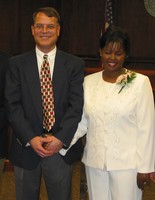