To share your memory on the wall of David Baumgras, sign in using one of the following options:

A celebration of life gathering will be held from 1-1:30 pm on Sunday, May 16, 2021, at Starks & Menchinger Chapel, 2650 Niles Rd. St. Joseph, MI. A time of sharing will begin at 1:30 with military honors. Memorial contributions may be made to the Diabetes Action Research and Education Foundation. Those wishing to send a condolence online may do so at www.starks-menchinger.com.

Dave was born on August 8, 1952, to Philip and Frances (Prymula) Baumgras in Baldwin, MI. He graduated from Mio AuSable High School in 1970. Dave then went on to Central Michigan University, where he earned his Bachelor’s Degree. On April 11, 1974, he married the former Jan Sperry in Mio, MI. He honorably served in the United States Coast Guard from 1974-1978 on active duty, and in the USCG reserves until 1980. Professionally he worked as a computer programmer for various companies over the years. Dave loved being outdoors. His favorite times in early years came while stationed at the Coast Guard base in Kodiak, AK where he spent hours fishing for salmon, char, and king crab. After returning to Michigan, he loved vacationing in the UP and at the Shoals in Ontario. Dave also enjoyed assembling model railroads and was part of the Steam Railroading Institute where he assisted in restoring engine 1225 used in the Polar Express.

In recent years, he was increasingly limited by diabetic complications but still enjoyed being outside walking the dogs. Foot complications eventually made walking too difficult, but he enjoyed reading on the deck with the dogs nearby or in his favorite stuffed chair with the beagle nearby and the shorkey perched on the chair back and his shoulder. He was thrilled when a new leg brace enabled him to walk Anna down the aisle at her wedding. The family is grateful to his doctors for keeping his health stable for many years until recent months when he suffered rapid decline.

Receive notifications about information and event scheduling for David

We encourage you to share your most beloved memories of David here, so that the family and other loved ones can always see it. You can upload cherished photographs, or share your favorite stories, and can even comment on those shared by others. 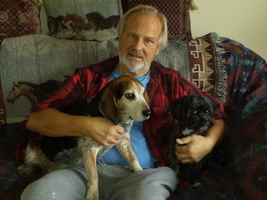 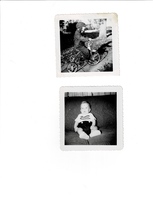 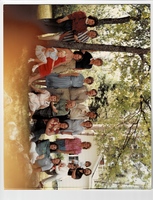 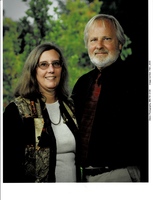