To share your memory on the wall of Daryl Schlender, sign in using one of the following options:

Print
Daryl Schlender, of Stevensville, Michigan, left this world peacefully at his home on Friday, February 19, 2021.

A private memorial service will be held Monday, March 1, 2021, at Starks & Menchinger Chapel and Cremation Service. Memorials may be made to Paws of Hope at www.pawsofhope.org or the Berrien Community Foundation’s Silver Beach Carousel Society, Inc., at www.berriencommunity.org/silverbeachcarousel. Those wishing to share a memory online of Daryl may do so at www.starks-menchinger.com.

Daryl was born April 22, 1938 in St. Joseph, MI to Erdman & Elvira (Metz) Schlender. He graduated from St. Joseph High School in 1956 and then attended Lake Michigan College. Daryl was a charismatic and dedicated insurance agent for AAA Insurance for over 40 years, and he created many lasting friendships in the community. On July 15, 1978 he married Lynn Pelkey in St. Joseph. He was a local historian and author of three books: 3 Tales of a City: Historical Sketches of St. Joseph, Michigan, Silver Sands and Golden Memories: The History of Silver Beach Amusement Park, and Jacobia: The Erstwhile Dream of Henry William Jacobs.

In his spare time, he enjoyed collecting Civil War, WWI, and WWII memorabilia, collecting classic cars, and fishing. He spent many years on the Lakeshore Youth Baseball Association Board of Directors while coaching and watching his sons play baseball. His greatest love in life was his sons and grandchildren.

Daryl was preceded in death by his parents, his mother and father-in-law, Richard and Joan Pelkey, and a sister-in-law Karen Pelkey-Hillegas.
Read Less

Receive notifications about information and event scheduling for Daryl

We encourage you to share your most beloved memories of Daryl here, so that the family and other loved ones can always see it. You can upload cherished photographs, or share your favorite stories, and can even comment on those shared by others.

Posted Mar 07, 2021 at 07:44pm
Dear Lynn and family,
So very sorry to hear of Daryl's passing. He was a dear friend early in my marriage to Jim and we enjoyed wonderful times together throughout the years. Since both Jeff and Gregg were 4th graders of mine, Daryl was one of my favorite dads! I also remember him being on the Bd of Ed when I was originally hired as a teacher at Trinity. There are so many memories that are special. May God grant you all peace and strength at this difficult time.

Posted Feb 26, 2021 at 03:25pm
Hello Lynn: I’m so sorry to hear of your loss. Your husband was not just a colleague but a true friend. I will always remember his fun-loving attitude, and the positive impact he had on all who met him. He was a truly special man. Please accept my heartfelt sympathy over his passing. Phyllis Palmer
Comment Share
Share via:
WS

Posted Feb 26, 2021 at 10:23am
Dearest Lynn -
I am so very sorry for your loss of Daryl!
Sending abundant love to you and yours,
Judy (Pierson)
Comment Share
Share via: 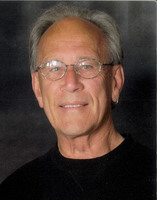 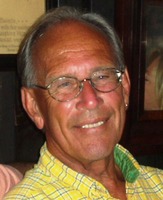