To share your memory on the wall of Daniel Holmes, sign in using one of the following options:

Dan was born on January 23, 1975 to David & Catherine “Cathy” (Yost) Holmes. Dan endured many years of a long and difficult battle with multiple health issues and physical challenges, although he was always surrounded by love from his family. Despite his struggles, Dan was able to remain in good spirits with his irresistible smile most of the time.

A proud graduate of St. Joseph High School in 1994, he had many friends and was described by most as a kind hearted, fun-loving guy. He participated in track and field, but his true love was being on the football field. He had a never-ending passion for the game. As a die-hard sports enthusiast, he rarely missed a Michigan Wolverines or Los Angeles Lakers game.

In the earlier days of his life, he was an avid water-skier, jet-skier, and had a passion for cool cars, four-wheelers and anything else an adrenaline junkie would like. He also had a love for any music created by the artist P!NK.

Dan is survived by his loving parents, David & Cathy who were by his side almost daily in a total commitment to his needs; brother, Jesse (Kari) Holmes of Eau Claire; nieces who meant the world to him, Layla & Lydia; and many cousins, aunts, uncles and friends.

The Holmes family is forever grateful to the many special caregivers and therapists at Royalton Manor, where Dan resided for the past 11 years. Dan was baptized in Christ on the night before he was called to his heavenly home. He was not only tough and a warrior but was also our hero and will be missed greatly.

A memorial service will take place at a later date. In lieu of flowers, memorial contributions may be made to the Humane Society of Southwestern Michigan, https://www.humanesocietyswm.org/, or St. Jude Children’s Research Hospital, https://www.stjude.org/. Those wishing to leave an online condolence may do so at www.starks-menchinger.com. “Rest in peace, Dan – until we meet again.”
Read Less

Receive notifications about information and event scheduling for Daniel

Plant a Tree in Memory of Daniel
Plant a tree
0 trees have been planted in memory of Daniel Allen "Dan, Dan the Man, Dan-O" Holmes
EB

Posted Feb 07, 2021 at 09:06am
Dave and Cathy, I am so sorry for you loss. My thoughts and prayers are with you at this time. May you find comfort in your memories of your son.
Comment Share
Share via:
T

Posted Jan 24, 2021 at 07:37pm
Dave, Cathy and family,
So very sorry for your loss prayers for comfort that he is in a better place now free from all the struggles he had here on earth!
Comment Share
Share via:

Posted Jan 24, 2021 at 06:08pm
I first met Dan at Jordan’s. I would sit in his room through out my shifts and we would joke and laugh. He was such a happy light in my young life. He was one of the first people to make me realize that life can change in unexpected ways but we have to take what is handed with a smile. I haven’t seen Dan in a long time and regret not keeping in touch rip Dan!!
Comment Share
Share via:

Posted Jan 21, 2021 at 09:38am
Dan was one of my most favorite residents to take care of while working at Royalton Manor. I always did or said something to make him laugh and we always ended with a fist bump. He was thrilled that I got to go to the Big House for my first UM game. When I showed him pictures of the game he snatched my phone to swipe through them himself. We always had a good time laughing. He always made me suction out his nose because he knew I thought it was gross. I miss him. Dave and Cathy I miss talking with you folks too. My love, hugs, thoughts and prayers are with you during this difficult time of grieving. I’ll be wearing our colors on Saturday, Dan’s birthday. Go Big Blue!
Comment Share
Share via:
JC

Posted Jan 19, 2021 at 09:27pm
Dan's contagious smile will never be forgotten. All you had to do was walk in the room and his smile would make your entire day. I am thankful for all of the memories and his friendship. Dan will always have a special place in my heart. Loving thoughts and healing prayers to the Holmes family.
Comment Share
Share via: 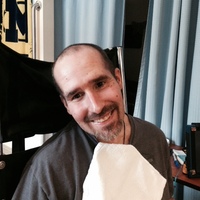 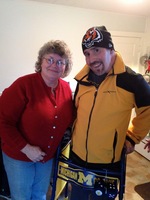 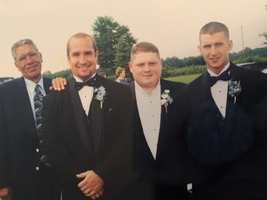