To share your memory on the wall of Dale Gano, sign in using one of the following options:

Print
Dale Gano, of Stevensville, passed away on May 31st, surrounded by his loving family.

Dale was born on December 21, 1929, to Allen and Madalene (Troffer) Gano. He grew up in Sodus Township, and graduated from St. John's Catholic High S... Read More
Dale Gano, of Stevensville, passed away on May 31st, surrounded by his loving family.

Dale was born on December 21, 1929, to Allen and Madalene (Troffer) Gano. He grew up in Sodus Township, and graduated from St. John's Catholic High School. He proudly served his country for two years in the U.S. Army during the Korean Conflict, and he was stationed in Germany. Dale began working for Paramount Die Casting Company in 1950, and held the positions of Manager Of Production Planning and, later, Personnel And Safety Manager.

On June 6, 1970, Dale and Joyce Geipel were united in marriage at St.Paul's Lutheran Church, in Stevensville. Dale went to heaven just six days before their 50th wedding anniversary.

In 1975, he accepted a transfer to Paramount's sister division, Briggs-Shaffner, in Winston-Salem, North Carolina, where he held the position of Castings Sales Manager until his retirement in 1995, with a total of 45 years of combined service. After retirement, he and Joyce returned home to Stevensville, and during that time, they enjoyed traveling the country together and spending winters in South Carolina. Dale was an avid birdwatcher, and he also enjoyed gardening, reading, fishing, and especially spending time with his family and friends.

Arrangements have been entrusted to Starks & Menchinger Funeral Home. A private graveside service will be held at a later date. Memorials may be given to the “Building On God’s Blessings” fund at St. Paul’s Lutheran Church, 2673 W. John Beers Road, Stevensville, Michigan 49127. Those wishing to share a memory of Dale online may do so at www.starks-menchinger.com
Read Less

Receive notifications about information and event scheduling for Dale

We encourage you to share your most beloved memories of Dale here, so that the family and other loved ones can always see it. You can upload cherished photographs, or share your favorite stories, and can even comment on those shared by others.

Posted Jun 13, 2020 at 11:30pm
The Friends of the Lincoln Township Public Library extend condolences to Joyce and family members. May years of memories comfort you. Sincerely, Carol Reigle
Comment Share
Share via:
C

Posted Jun 01, 2020 at 11:07pm
Although I didn’t know Dale, he had to be a very special person for you to love him so, Joyce. May you find comfort and peace in your faith and wonderful memories.
Comment Share
Share via:
F

Posted Jun 01, 2020 at 08:13pm
To Dale's family. Accept my heartfelt sympathies for your loss. May you be comforted by the lifetime of memories you shared with Dale. He was a loyal and comitted colleague of the Paramount Die Casting family.
Fred A. Reddel, Jr.
Comment Share
Share via:
CO

Posted Jun 01, 2020 at 06:29pm
My thoughts and prayers to Joyce, Jim and Kathy and all the family. It is heartbreaking to lose a loved one! 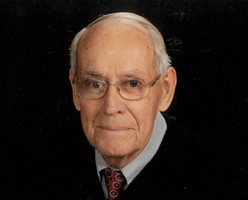