To share your memory on the wall of Crag Bush, sign in using one of the following options:

Print
Crag Harold Bush, 78, of Kentwood Michigan, passed away peacefully on December 1st, 2020 at his childhood cottage in Benton Harbor.

Crag was born on March 14, 1942 in Benton Harbor to Harold and Annabelle (Newhouse) Bush. While attendin... Read More
Crag Harold Bush, 78, of Kentwood Michigan, passed away peacefully on December 1st, 2020 at his childhood cottage in Benton Harbor.

Crag was born on March 14, 1942 in Benton Harbor to Harold and Annabelle (Newhouse) Bush. While attending high school in Benton Harbor, he met Carolyn Perkins and later married her on June 20, 1964. Together, they moved to the Grand Rapids area where Crag found employment with GM. He stayed with GM for almost 40 years.

Crag’s children remember him as being a very involved father. He was a dedicated scout leader, coach, mentor, and father figure to all of his “other children”. Crag and Carolyn shared many adventures in their travels across the U.S. and several trips to Europe. He was an avid Corvette enthusiast, fisherman, and hunter. Crag was a kind, loving, gentle man.

Crag will be missed by his wife Carolyn of 56 years and his children; Cindy (Brian) Stauffer, Chad Bush, and Curt (Aaran) Bush; his grandchildren, Jordan (Jonathan) Martinez and Madison Stauffer; and his sister, Michelle (the late Bob) Robinson. He is survived by brothers-in-law Don Perkins, Ron (Peggy) Perkins, nieces, nephews, cousins and his beloved yorkie named Honey Girl. He is preceded in death by his parents Harold and Annabelle (Newhouse) Bush.

Service to honor Crag’s life will be held at a later date. In lieu of flowers, memorial contributions may be given to the Brian Bush Memorial Putt for life. http://www.puttforlife.com. Those wishing to leave an online condolence for the family may do so at http://www.starks-menchinger.com.
Read Less

Receive notifications about information and event scheduling for Crag

We encourage you to share your most beloved memories of Crag here, so that the family and other loved ones can always see it. You can upload cherished photographs, or share your favorite stories, and can even comment on those shared by others.

Posted Dec 12, 2020 at 03:40am
Carolyn and family, I am so sorry to learn of Crag's passing. I will always remember him picking up you up from school in his Corvette. Sending you my sympathies and Rainbow love.
Comment Share
Share via: 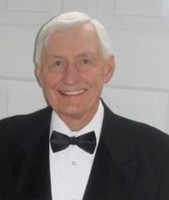