To share your memory on the wall of Clifford Pliml, sign in using one of the following options:

Print
Clifford Otto Pliml, 77, passed away Wednesday, January 1st, 2020 at his home in Stevensville Michigan, surrounded by his family.

Cliff was born on August 14th, 1942 and raised in Berwyn, Illinois by his parents Otto and Grace (Nikodem) ... Read More
Clifford Otto Pliml, 77, passed away Wednesday, January 1st, 2020 at his home in Stevensville Michigan, surrounded by his family.

Cliff was born on August 14th, 1942 and raised in Berwyn, Illinois by his parents Otto and Grace (Nikodem) Pliml. When he was young he earned the highest Boy Scout ranking and became an Eagle Scout. He graduated from Morton High School and volunteered for active service in the US Army where he specialized as a single engine airplane mechanic and a multi-engine command aircraft maintenance mechanic. After returning home he enrolled at Moraine College in an advanced welding program.

Cliff enjoyed muscle cars like his 69 SS Nova, and during one of his spirited drives with his latest car, he met the love of his Life. He married Linda Ann Brown in May of 1973 in Cicero, Illinois.

Cliff was dedicated to improving lives through reading comprehension and writing skills by working with Upward Bound and Lake Michigan College as a tutor and then as the assessment coordinator. He taught countless students the skills necessary to have an opportunity to succeed in college. His skill for the art of calligraphy was admired and appreciated by many, he also was an expert in engraving metals where he honored individuals in elegant fashion.

After retiring, he was an avid fisherman, rifle marksman, and movie watcher. Cliff was a nature lover, feeding the birds, small animals, and deer in his yard. He spent most of his days after retirement engaging in reloading for his rifles, watching movies and spending time with his children and grandchildren whenever he could.

Cliff is survived by his wife, Linda and their children, Jason Pliml and his wife, Sherri; David Pliml and his wife, Alyssa; Sarah Truhn and her husband Ryan and their children. His 15 grandchildren are Kathryn, Kelsey, Priscilla, Karigan, Robert (Kallie), Kevin, Sydney, Josie, Lena, Nate, Gabriel, Caleb, Evelia, Lucy, and Greta. His great-grandchild Mila. He is also survived by his three sisters, Pat Kaiser, Cindy Waltenspiel, and Peggy Kwiatek. He was proceeded in death by his parents.

The visitation will be held Saturday, January 11th at Noon followed by a service at Starks & Menchinger Chapel 2650 Niles Road, St. Joseph, MI 49085. Cliff requested that there not be a burial service.
Those wishing to leave an online condolence may do so at: www.starks-menchinger.com

We encourage you to share your most beloved memories of Clifford here, so that the family and other loved ones can always see it. You can upload cherished photographs, or share your favorite stories, and can even comment on those shared by others.

Posted Jan 11, 2020 at 01:39pm
Dear Linda, Jason, David and Sarah,
We are so sorry for your loss and that we could not be with you for his services. I have many fond memories of Uncle Clifford. He took me to my first Star Wars movie, for rides in his Opel GT sports car, and fishing at the summer home. Some of the lessons he taught me I have already started to pass on to my son, like how to tune a boat engine and weld. He will always live on in our hearts.
Love, Jeff, Sandra, & Ben Kaiser
Comment Share
Share via:
SM

Posted Jan 10, 2020 at 02:25pm
Linda, so sorry to hear about the loss of your husband. We're thinking of you and hope you can find peace in time. We're here for you just as you have always been here for all of us veterans and our families. If you need anything, reach out.
Comment Share
Share via:
DP

Posted Jan 10, 2020 at 10:46am
Dear Linda and family,
I think back so fondly of working with Cliff in tutoring and testing such a long time ago.... I had such a warm picture in my mind when he retired and said he was going to spend more time fishing. I will be keeping you in my prayers as you gather; I hope you are able to tell many stories. With much affection,
Deb Pratt
Comment Share
Share via:
TT

The SBDC Tech Team purchased the Medium Dish Garden for the family of Clifford Pliml. 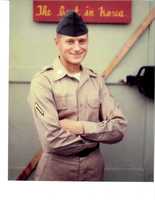