To share your memory on the wall of Cleo Ruppel, sign in using one of the following options:

Cleo was a graduate of Western Michigan University and member of the Alpha Beta Epsilon Sorority. She began her teaching career in a one room country school in McBride, MI. Cleo taught for many years, in a substitute capacity, once her children were born. Her family meant everything to her; she was a wonderful mother. Cleo was a member of the Caroline Scott Harrison Chapter, Daughters of the American Revolution. She was also a member of the Stevensville United Methodist Church.

A private family service at Starks & Menchinger Chapel, Pastor David Hills officiating, was held on Monday, January 18, 2021. Burial took place at Northshore Memory Gardens, Coloma. In lieu of flowers, the family requests that you plant something beautiful in your own garden in living remembrance of Cleo.
Read Less

Receive notifications about information and event scheduling for Cleo

We encourage you to share your most beloved memories of Cleo here, so that the family and other loved ones can always see it. You can upload cherished photographs, or share your favorite stories, and can even comment on those shared by others.

Posted Jan 25, 2021 at 04:17pm
Sue and family, so sorry to hear of your mom’s passing. She was one of my favorite people when I was still working. We had lots of nice conversations and remembrances of her working in the cafe in the pharmacy. Hugs to you all!
Comment Share
Share via:
JS

Posted Jan 24, 2021 at 11:08am
It was always a pleasure being in Cleo's presence. She was such a quiet sweet lady. I am blessed to have known her and her husband. We'd meet almost daily at the S.J. Lincoln Senior Center. She was very instrumental in helping teach the exercise class. God bless Cleo's family.
Comment Share
Share via:
WB

Posted Jan 22, 2021 at 07:08pm
I am the eldest son of Cleo's cousin, Sallie Jo Boal (Smith ) and I live in Northern Ireland.
My wife, Ruth and I were very saddened by the news of Cleos passing.
As a child I have very fond memories of the Smith family reunions that Cleo organised and more recently in 2012 of Cleos very warm welcome to Ruth and I when we visited St. Joseph in 2012 and also when my father (Fred ) and I visited St. Joseph in June, 2015
Comment Share
Share via: 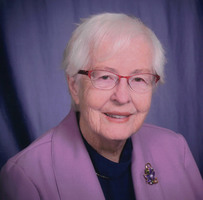