To share your memory on the wall of Cheryl Poisel, sign in using one of the following options:

Arrangements are entrusted to Starks & Menchinger Chapel, St. Joseph. Due to COVID-19, Celebration of Life Services will be planned and announced... Read More
Cheryl Elayne Poisel, 46, of Benton Harbor, passed away Thursday, January 28, 2021 at home.

Arrangements are entrusted to Starks & Menchinger Chapel, St. Joseph. Due to COVID-19, Celebration of Life Services will be planned and announced at a later date. Memorial donations in Cheryl’s name may be made to the Humane Society of Southwest Michigan. Those wishing to sign Cheryl’s Memory Book online may do so at www.starks-menchinger.com.

Cheryl was born April 19, 1974 in Benton Harbor to Bruce & Prudence (Kuball) Coburn. She graduated from St. Joseph High School, Class of 1993 and went on to earn her cosmetology license from Twin City Beauty College. On April 15, 2010, she married Ezra Poisel in Las Vegas. Cheryl was employed for many years at J.C. Penney’s Hair Salon, and later for several other salon’s in the Twin Cities area. Most recently, she was employed at Sally’s Beauty Supply in Benton Harbor. Cheryl enjoyed watching football with Ezra. They were both huge University of Michigan Wolverine fans, as well as professional football as well. Cheryl enjoyed shopping and spending time with her many friends and family.

Cheryl is survived by her brother Jerry Coburn of Niles; her former husband Jim Hamilton of Stevensville; her sister-in-law Christy Sue (Willis) Poisel-Georgia & brother-in-law Timothy Poisel, both of Benton Heights; two long-time friends-Jessica Huebel of St. Joseph & Jennifer Early of Niles, and her adopted daughter Kaylee Briney. Cheryl was preceded in death by her husband Ezra on September 1, 2017, her mother Prudence in 1990, her father Bruce in 2014, and her mother-in-law Brenda Jean Potter in 2019
Read Less

Receive notifications about information and event scheduling for Cheryl

Print
Due to COVID-19, Celebration of Life Services will be planned and announced at a later date. Memorial donations in Cheryl's name may be made to the Humane Society of Southwest Michigan.

We encourage you to share your most beloved memories of Cheryl here, so that the family and other loved ones can always see it. You can upload cherished photographs, or share your favorite stories, and can even comment on those shared by others.

Posted Feb 07, 2021 at 12:51pm
Cheryl, you and I have been best friend since we where 5 years old. I can’t believe your gone😢 We never had “talked” about one of us loosing the other at a young age to death. My heart is broken. Until I see you again I will carry you in my heart❤️
Comment Share
Share via: 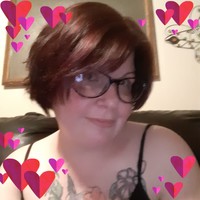