To share your memory on the wall of Charles Martin, sign in using one of the following options:

A Celebration of Life Service will be held 2:00 P.M. Saturday, December 21 at Starks & Menchinger Chapel, 2650 Niles Rd., St. Joseph, with Rev. Dan Golladay officiating. Military Rites will be conducted by the North Berrien Military Rites Team. Private burial will follow at North Shore Memory Gardens in Coloma. Friends may visit with the family from 1:00 until 2:00 P.M. Saturday at the funeral home. Memorial contributions in Charles’ name may be made to the American Cancer Society. Those wishing to sign Charles’ Memory Book online may do so at www.starks-menchinger.com.

Charles was born November 13, 1923 in Benton Harbor to Burlin & Bertha “Betty” (Reske) Martin. In 1941 Charles married the former Annabell Adams in Little Rock, Arkansas. He served his country in the US Navy during WWII. Upon return from the war, Charles gained employment with Whirlpool Corp, retiring after thirty-two years. At the same time, he formed a partnership with his brother and they operated B&C Clinic in Benton Harbor for thirty plus years. After selling the business, he continued to work as a small engine mechanic at AAA Sales & Service in Benton Harbor. He was always busy at home as well, tinkering on a lawn mower or generator, whatever needed fixing, or building bird houses. Charles attended Napier Parkview Baptist Church in Benton Harbor. He enjoyed cruising his neighborhood in his golf cart to check on his neighbors or get supplies from the store. 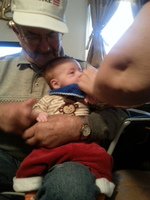 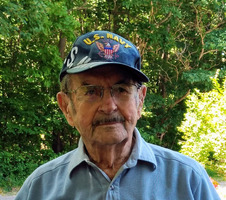 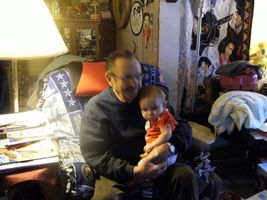