To share your memory on the wall of Charles Kormanik, sign in using one of the following options:

Charlie was born July 27, 1955, in Kansas City, Kansas to Charles and Anna Marie (Wenski) Kormanik, Sr. He graduated from Winnetonka High School in 1973, where he lettered in football and basketball, being named Mr. Basketball is senior year. He was also on the golf team and still golfed when he could, even hosting many memorable gold tournaments – The Kinamrok Open. After high school, Charlie attended the University of Missouri where he earned a Bachelor’s Degree in Biology and a Master’s Degree in Business. On April 20, 1991, he married the love of his life, Mary Lynn Gardner in Lake Forest, IL. Charlie was a hard-working entrepreneur and marketing consultant for many years. He was currently working for ReNewal by Anderson. Many knew him for his creation of the PonchoBalls and his big personality; funny, goofy, and joyful were all exceptional words to describe him! In in free time, Charlie loved to be outdoors, avidly golfing and fishing. He was an Eagle Scout, and a Tom Tom Beater in the Tribe of Mic O say. He shared his love of Scouting and the Tribe with his sons, and actively shared many scouting adventures. He was a valuable mentor and molded the younger and weaker and the next generation scouts. Charlie was very creative finding enjoyment in music, cooking, and playing the guitar. He was a hell of a cook and made the best BBQ chicken, spaghetti, biscuits and gravy, and chicken and dumplings! Charlie was the grill master! Most of all he loved his family and friends, and he will be greatly missed. No one will ever fill those big shoes.

Cremation has taken place and Charlie’s family will celebrate his life privately. In lieu of flowers, memorial contributions may be made to the Boy Scouts of America Heart of America Council, Kansas City, Missouri; Bartle Scout Reservation or the Tribe of Mic O Say.
Read Less

Receive notifications about information and event scheduling for Charles

Posted Feb 25, 2021 at 08:18am
Dear Mary Lynn: We were heartbroken to learn of Charlie’s passing. We are praying for you and your family that you may find a way to heal. Charlie will truly be missed. His big personality and gentle soul will forever remain in our hearts. Oh, the good times we had in our group. You can bet your last dollar he has already made a slew of new friends upstairs. May he rest in peace and live on within the memories of you and your boys. Love, “Otto” and Rejeanne
Comment Share
Share via:
AS

Mary Lynn & Family, We are so terribly sorry for your loss. It’s been such an awful year for so many Americans. We are praying that you will survive this time of grief and be happy again. Even though it’s been so many years since we’ve seen you, you are still very special to us. Sincerely, Irv & April Smith 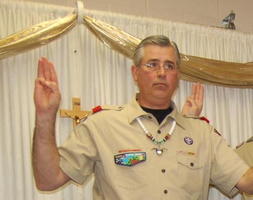 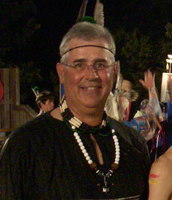