To share your memory on the wall of Charles Dill, sign in using one of the following options:

Provide comfort for the family of Charles Dill with a meaningful gesture of sympathy.

Print
Charles R. “Chuck” Dill, 80, of St. Joseph, passed away on Thursday, March 26, 2020, at Caretel Inns of Lakeland with his loving family at his side.

Chuck was born on April 15, 1939, to Otto & Margaret (Voelker) Dill in Chicago, IL. He grew up in Evergreen Park, IL and graduated from Mendel Catholic High School in 1957. He enlisted in the United State Air Force and proudly served his country for four years before being honorably discharged in 1961. On September 26, 1964, Chuck married the love of his life Marilyn Escher at St. Bernadette Catholic Church in Evergreen Park. Following his military service he worked for M. Steffan Co. in Berwyn, Illinois. When M. Steffan closed their Berwyn office in 1967 he relocated to their office in Coloma, Michigan. In 1971 Chuck and Marilyn purchased BH Awning in Benton Harbor. Chuck loved his career and worked well into his 70’s.

Chuck was a very generous man who always looked for ways to help his community. He was an active Rotarian in the St. Joseph Rotary Club since 1978. He was also a member of the Chamber of Commerce, Industrial Fabrics Incorporation International and St. Joseph Catholic Church where he served as an usher for more than 30 years. Chuck enjoyed playing golf and tennis at Berrien Hills and South Shore Racquet Club and every Sunday would volunteer at the Silver Beach Carousel.

Chuck was preceded in death by his parents, Otto & Margaret, his step-mother, Shirley Borchardt Dill and sister-in-law Charlene Dill.

Starks Family Funeral Homes are implementing a new program, “Hugs from Home”, that will allow people confined to their homes to share a token of love and support. White balloons will be placed in the chapel with notes from those that call in with messages or from our website.

Due to current circumstances, a private family celebration of life service will be held on Monday. Memorial contributions may be made in his name to Birthright, Caring Circle or the Alzheimer Association. Those wishing to leave a memorial service online may do so at www.starks-menchinger.com.
Read Less

Receive notifications about information and event scheduling for Charles

Posted Apr 10, 2020 at 04:01am
Steve & Kiley, thinking of you during these trying and painful times. Steve, always hold in your heart that you were a good son, kind & caring with both your parents. Miss you both.
Comment Share
Share via:
MC

Posted Apr 02, 2020 at 10:41am
Marilyn,
May Chuck rest in peace. We’re thinking of you and your family.
Best regards,
Jim and Mary Cook
Comment Share
Share via:
JA

Posted Mar 30, 2020 at 10:35am
We are sorry for your lose of a beloved husband, father and grandfather. May the memories you share of how he lived his life and how much he meant to you give you comfort.
Earl & Marti Harris
Comment Share
Share via:
LF

Posted Mar 30, 2020 at 10:15am
Sending all our love to you guys during this time. Wish we could be there. Uncle Chuck Bob was a great man and will be missed. Sending hugs and kisses. 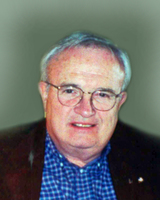 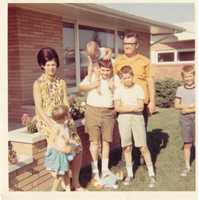 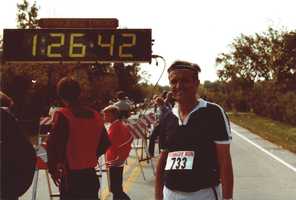 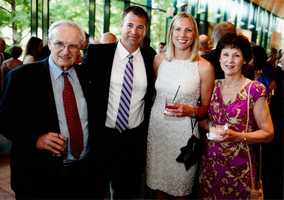