To share your memory on the wall of Carmen Dieguez, sign in using one of the following options:

Print
Carmen M. Diéguez, of Harris, NY and St. Joseph, MI passed away peacefully on October 10, 2020. Her daughter, Nieves “Nina” Diéguez Molter was at her side.

Carmen was born in New York City in 1937 to Pedro and Amparo Ríos Neira. H... Read More
Carmen M. Diéguez, of Harris, NY and St. Joseph, MI passed away peacefully on October 10, 2020. Her daughter, Nieves “Nina” Diéguez Molter was at her side.

Carmen was born in New York City in 1937 to Pedro and Amparo Ríos Neira. Her mother died when Carmen was just an infant leaving her an only child. From grade school on, she studied the piano, violin, voice and Flamenco dance. Her piano rendition of “La Malagueña” by Cuban Classical Composer Ernesto Lecuona was positively stirring.

Carmen graduated from the High School of Music and Art in Harlem, and at the age of 18, performed on the piano at Carnegie Recital Hall. After high school, she worked various jobs and attended Columbia University in the evenings. Her first ‘real job’ was as a secretary and Spanish/English interpreter at the Federal Reserve Bank of New York where she worked for eight years.

While Carmen’s teaching career spanned over 30 years, her commitment to serving Hispanics, minorities, and those less fortunate was equally important to her. A devoted Roman Catholic, she worked tirelessly giving those in need her attention and care with a pinch of her comedic humor. She delighted in making people smile. As wife, mother, teacher, and mentor, she believed that compassion and helping others was the best gift anyone could give. Making others laugh while doing so was the icing on the cake.

Carmen lived by example. In New York, she served on the boards of the Sullivan County Cares Coalition, the Liberty Youth Center, and the Liberty Community Development Corporation, all charitable organizations about which she was passionate. In 2006 she received honors from the Sullivan County Chapter of the NAACP. She was admired for her contributions by former students, peers, educators, and members of the community. When she moved to Michigan and started to shows signs of dementia, she continued to volunteer in a limited capacity at Brookview School and The Readiness Center, both in Benton Harbor. Giving of herself even within the confines of her illness was her nature.

A lifelong passion, Carmen continued to play the piano until the advanced stages of Alzheimer’s got the better of her. She liked to swim and enjoyed gardening. She loved a party, crashed more than a few weddings, and was an engaging hostess--it was hard to get her to sit down. As her mind faltered in the last decade of her life, Carmen remained physically active. She was often seen walking--first along the beach, then downtown, and finally, in the halls at The Whitcomb.

Carmen was an affectionate and nurturing wife, mother, grandmother, teacher, and friend-- encouraging, patient, and almost always cheerful. She embodied positivity in everything she did, and delivered it with her beaming smile. She was romantic and idealistic. She appreciated each and every Michigan sunset and loved her grandchildren beyond measure. Her grandchildren remember her making time to play hide-and-seek, pick wildflowers, spy birds, and pretend-wrestle. Her grandson Quinn said, “she was the most real person I’ve ever known”. There was no pretense in her. She was curious, unassuming and unaffected.

She was pre-deceased by Generoso, her husband of 40 years, her beloved son Pedro Manuel, her dearest friend Rose Doery, and her doting companion, Alvin Braudo. She is survived by her daughter and son-in-law, Nieves Diéguez and Greg A. Molter, three grandchildren, Quinn A. Molter-Diéguez, Isabel R. Molter, and Harlie K. Diasparra, her favorite ‘daughter’ goddaughter, Elena Machado Dalleo, friends and colleagues in New York, and treasured family in Spain. Her indelible smile and generosity of spirit will be terribly missed.

A private visitation was held at Starks Family Funeral Home in St. joseph, MI and she was cremated on October 14, 2020. In her memory, charitable donations can be made to The Readiness Center, 347 Catalpa Ave., Benton Harbor, MI 49022, 269-926-4084 www.readinesscenterinc.org or Caring Circle of Lakeland, 4025 Health Park Lane St. Joseph, MI 49085, 269-429-7100 www.spectrumhealthlakeland.org. Those wishing to leave an online condolence may do so at www.starks-menchinger.com
Read Less

Receive notifications about information and event scheduling for Carmen

Print
Private Family Services have been held. In her memory, charitable donations can be made in Michigan to The Readiness Center, 347 Catalpa Ave., Benton Harbor, MI 49022, 269-926-4084 www.readinesscenterinc.org or Caring Circle of Lakeland, 4025 Health Park Lane St. Joseph, MI 49085, 269-429-7100 www.spectrumhealthlakeland.org. or in New York charitable donations for “The Comfort Closet” are welcomed and greatly appreciated. The Comfort Closet will provide youth in need with a student pantry, needed toiletries, gift cards for haircuts, and a laundry center. The Liberty High School Interact Club, ℅ Daniel Hart, Advisor, 125 Buckley Street, Liberty, NY 12754 or dhart@libertyk12.org.

We encourage you to share your most beloved memories of Carmen here, so that the family and other loved ones can always see it. You can upload cherished photographs, or share your favorite stories, and can even comment on those shared by others.

Posted Nov 28, 2020 at 10:50am
My two sons were greatly helped by Mrs. Dieguez when we came to the US from France and they entered elementary school in Liberty, NY. She was such a warm, wonderful woman! Both boys loved her and remember her still. May she rest in peace and her memory be a blessing.
Lisa Bordeau
Comment Share
Share via:
PD

Posted Nov 01, 2020 at 08:05am
Sincere condolences and sympathy to the Dieguez Family~~ Carmen will always be remembered for all that she did for so many students at the Liberty Schools ❤️ She was a beautiful soul and may she be resting in the arms of her Lord🙏🏻🙏🏻
You are missed Mrs. Dieguez 😘🦋🌹
Comment Share
Share via:
N

Patricia, Thank you for your condolences. It is so very comforting that my mother's spirit is remembered. We miss her dearly and hope that she's somewhere still smiling. Nieves
AF

Posted Oct 31, 2020 at 10:40am
Dearest Nina,
I just received the news of Carmen's passing last night. I have often wondered about her...Hers was an indomitable spirit of love, kindness and friendship. My life was richer for having her in it. Much love to you and your whole family. xo. Amy 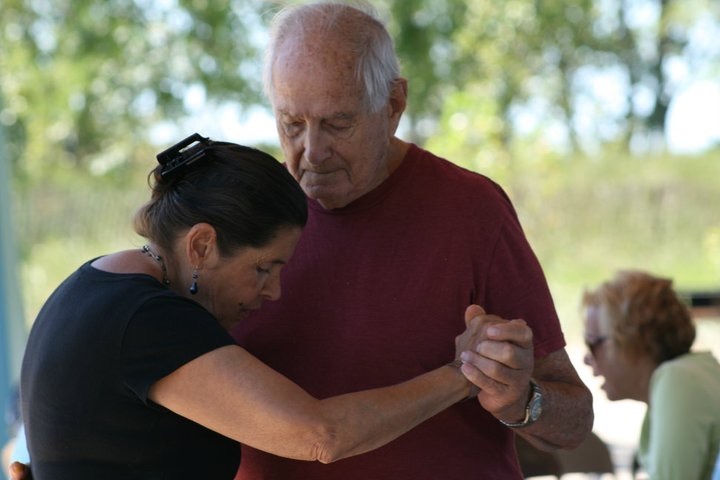 Amy, Thank you for your sympathy and for the beautiful photo. How she loved to dance! And how patient and kind Alvin Braudo was to go along! We remember you with gratitude for introducing them. Love to you and yours. N 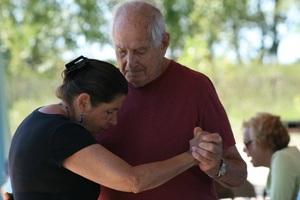