To share your memory on the wall of Carl Heald, sign in using one of the following options:

A private service will be held at a later date. Memorials may be made to First Church of God, 2627 Niles Ave, St. Joseph, MI 49085. Those wishing to sign Carlâ€™s book online may do so at www.starks-menchinger.com.

Carl was born December 5, 1932 in South Haven, MI to Arthur and Josephine (McIntosh) Heald. He graduated from South Haven High School in 1951 and continued his education, earning his Bachelors degree in Electrical Engineering from Michigan Tech in 1955. On April 12, 1958 he married Patricia Nitz in Baroda, MI at St. Johnâ€™s Lutheran Church. Carl was key in developing the first analog computer in 1957 for Heath Company. In 1969 Carl opened his own business, Heald Inc., where he developed 2-wheel mini bikes and trykes in kit form. He proudly ran his business until he retired in 1982. Upon retirement he continued to work developing computer programs for local tool and die manufactures. Carl built his own Ultra-light airplane which he frequently flew solo over Lake Michigan.

In 1994 Carl found Jesus and his life was changed forever. He had a great passion in his love and work for the Lord. Carl was a selfless man who always put otherâ€™s needs before his own. He was an avid boater and loved spending time on the water with family; fishing and boating. Family vacations were a big part of his life; spent on Lake Michigan, in Canada, and in the Bahamas. He enjoyed family time, playing Euchre and other card games. He was a volunteer with Habitat for Humanity in Berrien County and in the Bahamas. Carl was a faithful and dedicated member of The First Church of God.

Receive notifications about information and event scheduling for Carl

We encourage you to share your most beloved memories of Carl here, so that the family and other loved ones can always see it. You can upload cherished photographs, or share your favorite stories, and can even comment on those shared by others.

Posted Jul 16, 2020 at 12:36pm
Like a tree, Carls branches reached far and touched many. He will always be remembered dearly by myself and the Kirksey family.

3 trees were planted in the memory of Carl Heald

Posted Jul 07, 2020 at 01:21pm
Pat,
We are holding you and your family in our prayers as you grieve the death of Carl. May you find comfort in the love of family and friends.
Comment Share
Share via:
TF

Posted Jul 06, 2020 at 05:13pm
Please accept our deepest sympathy for the loss of Carl. Our prayers are with you. "the peace of God, which transcends all understanding, will guard your hearts and your minds in Christ Jesus." Phil 4:7
Comment Share
Share via:
JS

Posted Jul 03, 2020 at 10:38am
Carl was such a treasure and a wonderful and thoughtful person and such a good sport. WE have such wonderful memories of boating with him and visiting him in his home. We love Carl and Pat dearly and will certainly miss him. We are so happy we were able to see him one last time with them both. Our thoughts and prayers are with Pat and all of Carl's family.
Comment Share
Share via: 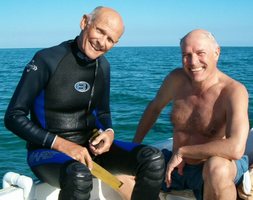 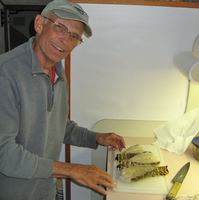 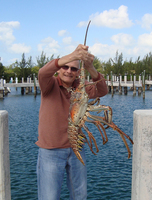