To share your memory on the wall of C. Richard Wick, sign in using one of the following options:

Provide comfort for the family by sending flowers or planting a tree in memory of C. Richard Wick

Born in Smithton, PA, Dick enlisted in the United States Marine Corps in 1951, where he served for 8 years, ranking as a Drill Instructor, and also serving in the Korean War. He was honorably discharged from active duty in 1954, and he subsequently received his Bachelor of Science in Biology at Indiana University of Pennsylvania, followed by his Master of Arts in Counseling/Psychology at West Virginia University. Dick then pursued a Doctorate in Psychology at the University of Illinois, where he also met the love of his life, Carol. They happily married and subsequently had two boys, Bradley and Grady, after which they relocated to St. Joseph, Michigan. He was employed for over 37 years as a school psychologist at Berrien RESA and also served on the Crisis Response Team in the Berrien County School District. He also worked as an Outreach Counselor for the Family Independence Agency, served as a Counselor for Samaritan Center, and, for over 35 years, was an adjunct faculty teacher at Lake Michigan College, where he was selected as Outstanding Adjunct Faculty of the Year in 2005. His hobbies included camping, sports, and most importantly, being with and spending time with family. His memberships included First United Methodist Church, Michigan Association of School Psychologists, National Association of School Psychologists (charter member), and Phi Delta Kappa.

Dick is survived by his wife of 53 years, Carol (Dent) Wick, whom he married July 15, 1967 in Benton Harbor; his sons, Bradley (Jennifer) Wick, and Dr. Grady (Anna) Wick; his grandchildren, Lauren, Joshua, Sarah, Allison, and Nathaniel Wick; and his brother, Gerald Wick. He is preceded in death by his brother, C. David Wick; and his parents.
Read Less

Receive notifications about information and event scheduling for C. Richard

We encourage you to share your most beloved memories of C. Richard here, so that the family and other loved ones can always see it. You can upload cherished photographs, or share your favorite stories, and can even comment on those shared by others.

Posted Apr 15, 2021 at 03:54pm
Carol and Family,
Tom and I are so heart broken for you all. Sending prayers of peace and comfort your way. Dick always had a smile on his face and could make me laugh without saying a word.
God Bless!
Jackie and Tom Woltman
Comment Share
Share via: 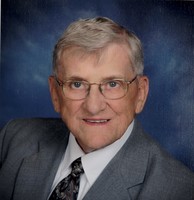