To share your memory on the wall of Bryan Burke, sign in using one of the following options:

Provide comfort for the family of Bryan Burke with a meaningful gesture of sympathy.

The son of the late Frank and Elaine Burke was born in Niles, MI, February 2, 1946. He is survived by his loving wife of 48 years, Mary; sons, Christopher (Keanna) and Todd (Charity); brothers, Michael (Connie) and Scott; and beloved family members, Bob and Gail Blazo.

The man with a million hobbies. There were so many things he enjoyed doing and he was pretty good at all of them. Not only did he golf but he had his own custom golf club making business with his brother, Michael Burke. He worked for Bendix and Bosch for over 40 years until he retired. He also served up beers at the local watering hole, Welcome Inn.

In addition to working full time, making golf clubs, and taking care of his family, he also was very active in the world of Ham Radio Operating. Another of his deep passions was Racing cars, building things, and working with gadgets. Bryan was a proud member of the UAW and the NRA. He loved sports, motorcycles, boating, fishing, ice-fishing, politics, golf, traveling, working, experimenting, and America but above all he loved his family.

He and Mary would spend half of the year down in Florida to escape the dreaded Michigan winters. Bryan would play golf, while together the two participated in community activities and enjoyed the Florida sunshine.

Bryan was rough and tough, a real man’s man who loved having grease stains on his shirt and callouses on his hands. He worked for everything he had, and he didn’t take it for granted. He cracked jokes and loved staging photos in the most ridiculous ways. He was just like Kenny Roger’s famous song says, “They just don’t make em like you anymore.”

Receive notifications about information and event scheduling for Bryan

Print
A Celebration of Life service will be held at a later date.

We encourage you to share your most beloved memories of Bryan here, so that the family and other loved ones can always see it. You can upload cherished photographs, or share your favorite stories, and can even comment on those shared by others.

Posted May 15, 2020 at 07:12pm
I am a neighbor behind him with a wood fence separating us. We would exchange food and gifts over the fence. Bryan would ride his golf cart around the neighborhood. I also remember him having a garden near the church. He would give us wonderful veggies. He will be missed very much. R.I.P. Bryan
Comment Share
Share via:

Thanks Jan. My dad always mentioned how nice you guys were as neighbors behind the fence. Thanks for knowing him and always looking after my mom. Love, Todd Burke (son of Bryan and Mary) 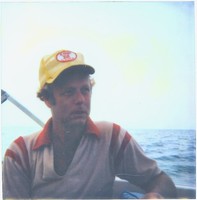