To share your memory on the wall of Beverly Rodgers, sign in using one of the following options:

A Celebration of Life Service will be held at a later date due to the Covid-19 precautions. Memorial donations in Bea’s name may be made to... Read More
Beverly “Bea” Rodgers, 84, of St. Joseph, passed away, Tuesday, July 21, 2020 at her home.

A Celebration of Life Service will be held at a later date due to the Covid-19 precautions. Memorial donations in Bea’s name may be made to the Humane Society of Southwest Michigan or Meals on Wheels of Benton Harbor. Those wishing to sign Bea’s Memory Book online may do so at www.starks-menchinger.com.

Bea was born August 17, 1935 in South Bend, Indiana to Walter & Leone (Harper) Boigegrain. She graduated from Riley High School in South Bend, Class of 1953 and DePauw University in 1957 where she studied pre-law and music. She was the only woman in the pre-law classes and became friends with another minority student, Vernon Jordan, who was the only African American on campus. She met Harry Rodgers in 1958 while teaching together in New Carlisle, IN. They married May 31, 1959 in South Bend and went on to earn their Master’s Degrees together at University of South Dakota.

Bea was the research librarian at Maude Preston-Palenske Library in St. Joseph, and after retirement she became the director of the Sodus Township Library for several years. As a librarian she was also a teacher figure-helping many students with research and writing papers. She enjoyed helping area lawyers with research for information they were needing and also helping John E. N. Howard research the information to write his program notes for the weekly Municipal Band concerts.

She was a very giving and caring woman, quietly donating both time and money to many charities and organizations. Bea enjoyed traveling and camping with her family-especially visiting historical sights. Baking was her therapy and her way of creating traditions with her family. The neighborhood knew fresh cookies were always available. She loved her flower and vegetable gardens, knitting, sewing, reading, listening to WFMT, and crossword puzzles as well as visiting Sandra Kay’s Bakery.
Watching and feeding the birds around her home became a priority in her life and we thank her care givers who faithfully filled her many feeders regularly.

Bea is survived by her children-Lucinda (Richard) Schultz of Borden, IN, Harry (Kathy) Rodgers of Traverse City, MI, Debbie Rodgers of Annapolis, MD, Meg (Chris Mustell) Rodgers of Stevensville; two grandchildren-Chloe & Isabelle Lawrence; her sister-in-law Patricia Boigegrain of Denver; and her loving canine companions-Max & Banner. She was preceded in death by her husband Harry on January 14, 2017, her parents, and siblings-Walter Boigegrain & Doris Gray.

Bea enjoyed glorious days, sunsets, and music. To all she helped along her journey: Make an A!
Read Less

Receive notifications about information and event scheduling for Beverly

Print
Services & visitation will be held at a later date due to the Covid-19 precautions. Memorials in Bea's name may be made to the Humane Society of Southwest Michigan or Meals on Wheels, Benton Harbor.

We encourage you to share your most beloved memories of Beverly here, so that the family and other loved ones can always see it. You can upload cherished photographs, or share your favorite stories, and can even comment on those shared by others.

Posted Jul 24, 2020 at 08:20pm
Mrs. Rodgers was a great lady. She was always so helpful at the library, and I enjoyed talking to her. Condolences to Debbie and all the family.
Comment Share
Share via: 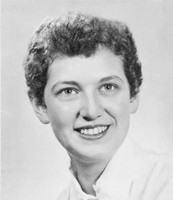