To share your memory on the wall of Barbara Trail, sign in using one of the following options:

The family will receive guests from 10am until the time of celebration of life service beginning at 11am, Tuesday, October 13, 2020 at Starks & Menchinger Chapel, 2650 Niles Rd., St. Joseph. Memorial contributions can be made to Caring Circle Hospice, www.spectrumhealthlakeland.org/caring-circle, Hanson Hospice, www.spectrumhealthlakeland.org/hanson-hospice-center, or to a charity of your choice.

Barb was born May 8, 1953 in Benton Harbor to Dale and Alice (West) Shaffer. She was a graduate of Benton Harbor high school, class of 1971. After high school, she worked part time at the snack counter at Woolworth’s in the plaza. She went on to spend many years in the food industry, first at the Holiday Inns in St. Joseph and Benton Harbor and then later at Capozio’s Pizza. She spent several years in secretarial work before attending beauty college in 1994 to become a nail technician, which she eventually retired from. Barb was also a member of Grace Lutheran Church in St. Joseph.

Barb will be missed by her husband of 28 years, Dennis Trail; her step-children, Melissa (Michael) August, and Anthony Trail; her grandchildren, Myles August and Austin E. Hampton; her sister, Maxine (Tim) Smith; and her nephews, Matt (Kate) Podjan, and Andy Podjan. She is preceded in death by her parents.
Read Less

Receive notifications about information and event scheduling for Barbara

We encourage you to share your most beloved memories of Barbara here, so that the family and other loved ones can always see it. You can upload cherished photographs, or share your favorite stories, and can even comment on those shared by others.

Posted Oct 11, 2020 at 07:59am
I have known Barb for many years. She was such a nice person. The last time I saw Barb was at J C Penney. We talked whenever I saw her there. My condolences and prayers to Barbs family. Rest in peace, Barb.
Comment Share
Share via:
DW

Posted Oct 10, 2020 at 11:06pm
My deepest sympathy to Barb's family. Barb was an integral part of the class of 1971 and worked very hard on several reunions.
Rest In Peace my friend always a Tiger.
Danethel Echols Whitfield
BHHS Class of 1971
Comment Share
Share via:
SP

Posted Oct 10, 2020 at 09:59pm
Very sorry to hear. Barb was a very good friend of my Mom and I have lots of childhood memories that involve her. Rest In Peace and please give my Mom a hug.
Comment Share
Share via:
BR

Posted Oct 10, 2020 at 03:04pm
I always loved Barb for her compassionate ways. She will be joining Carol Peterson who passed not long ago and was another part of our gang. I send loving thoughts to the family. She will be dearly missed. ❤️ Bobbie Roloff
Comment Share
Share via: 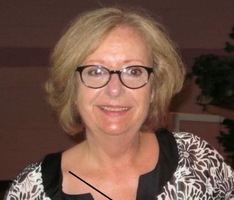