To share your memory on the wall of Arne Nystuen, sign in using one of the following options:

Arne was born on January 19, 1936 to the late Albert and Marie (Wangen) Nystuen in Crosby, North Dakota, and was the last of seven children. He was raised on the farm that his father and mother homesteaded after they emigrated from Norway. After high school Arne attended North Dakota State University where he earned a Bachelor of Science in Engineering in 1958. In 1960 Arne headed to Rolla Missouri, and was a graduate instructor in the engineering program.

In 1961 he married Sharon Svare and they moved to St. Louis, Missouri. He then earned his Master of Science in Electrical Engineering at St. Louis University while employed with Emerson Electric. In 1967, Arne accepted employment with Whirlpool Corporation. While there he received 13 patents and was honored to receive the Elisha Grey Award for outstanding scientific achievement. He retired from Whirlpool in 1996.

Arne will be remembered by his wife Sharon; sons – David (Marion) and Christopher; daughter – Andrea; and grandsons – Ryan and Takoda Nystuen as well as many nieces and nephews.

A Celebration of Life Service will be held at Christ Lutheran Church on Tuesday-Feb. 2, 2021 at 11:00am with Pastor Martin Measel. Burial will follow at Hickory Bluff Cemetery in Stevensville. Friends may visit with the family prior to the service from 10:00-11:00am at the church. Memorial contributions may be made to Christ Lutheran Church or to the charity of the donor's choice.

Receive notifications about information and event scheduling for Arne

We encourage you to share your most beloved memories of Arne here, so that the family and other loved ones can always see it. You can upload cherished photographs, or share your favorite stories, and can even comment on those shared by others.

Plant a Tree in Memory of Arne
Plant a tree
5 trees have been planted in memory of Arne M. Nystuen
CF

Posted Feb 16, 2021 at 10:23am
Goodbye, Arne. Your kindness and warm smile will be remembered with fondness. Warm hugs sent with love to the family in this time of mourning.

5 trees were planted in the memory of Arne Nystuen

I was sorry to hear about your fathers passing. My thoughts & prayers are with you and your family.

Posted Jan 30, 2021 at 10:19pm
This is the Arne I remember. I worked in his department or right next door for years. I was his secretary, I believe, just before he retired. I've been gone from Whirlpool 22 years so I can't remember if we were in the same department when he retired. I always enjoyed working for and with Arne, he was very intelligent and always had a great sense of humor. I am so sorry for your loss.
John Kuss and Red Sage are in this picture with Arne. I'd like to think they're all together now. 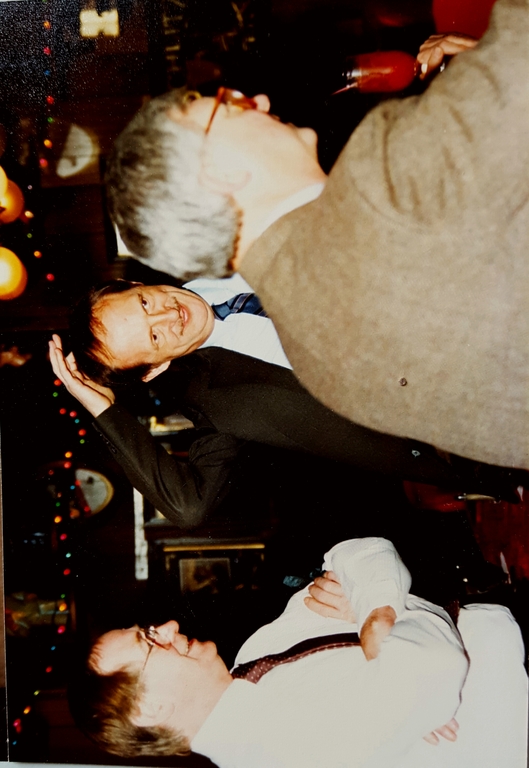 Posted Jan 29, 2021 at 02:21pm
Mr. Nystuen was such a nice man. I will miss sharing a pew with him at church. Love and prayers to the Nystuen Family.
Comment Share
Share via: 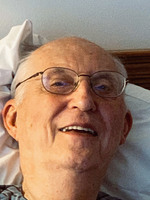