To share your memory on the wall of Anita Rivette, sign in using one of the following options:

Anita married her husband of 62 years, Lynn Rivette, on May 10, 1958. For him, it was “love at first sight,” when he met Anita at age 13. For her, marrying Lynn was, to George’s consternation, more important than going to college. She worked at Michigan Bell Telephone after high school, and left when she had her first child, Michele, then her son, Thomas Kyle. The family moved to Stevensville, Michigan, in 1966, and she lived there the rest of her life.

Anita was a stay-at-home mom for years, then worked at the State of Michigan for 19 years in Benton Harbor. Her favorite role was being Mom and Nana. She said recently that her children were “the pride of my life.” Anita’s happiest times were when she and Lynn attended activities that their children and grandchildren enjoyed: music, theater, sports, particularly traveling to Alabama for Tom’s spring training games when he played baseball in college. “Needs” had dear friends with whom she took ceramics, had weekly breakfasts, and traveled during her mid-life years.

Anita will be remembered for her great cooking, especially her soups and macaroni and cheese; her love of music, candles, and QVC; and her steady, quiet strength and unfailing love for her family. Even during difficult months before her death, she was uncomplaining and accepting.

In lieu of flowers, memorials may be made to the family, c/o Lynn Rivette, at Starks Family Funeral Homes, 2650 Niles Road, St. Joseph, MI 49085. Contributions to charities will be made at a later time. Anita did not wish to have a funeral, but there will be a private family celebration of her life at a later date. She will be buried at the Prospect Hill Cemetery in Paw Paw, MI. Those wishing to sign Anita’s Memory Book online may do so at www.starks-menchinger.com.
Read Less

Receive notifications about information and event scheduling for Anita

We encourage you to share your most beloved memories of Anita here, so that the family and other loved ones can always see it. You can upload cherished photographs, or share your favorite stories, and can even comment on those shared by others.

Posted Sep 30, 2020 at 03:44pm
Lynn--Our condolences on your loss. I am aware of how much your life's companion meant to you and I know you will miss her. She must have been a tremendous person. R J Ferguson
Comment Share
Share via:
JS 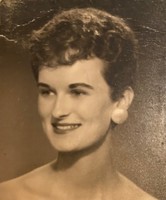