To share your memory on the wall of Alfred Butzbaugh, sign in using one of the following options:

Al was born in Benton Harbor, MI on July 25, 1940 and lived his entire life in Berrien County. He attended Sterne Brunson Elementary School, and Benton Harbor Junior High School. He then graduated from Cranbrook School in Bloomfield Hills, MI, the University of Michigan, and Michigan Law School. Go Blue! He also earned an MBA from the University of Chicago.

Al started practicing law at his father’s firm and continued for 37 years until he became a Berrien County Court Judge in 2003. He was instrumental in improving services in the courthouse. He created the Welcome Center and the Self Help Legal Services program. He retired in 2013.

Al cared deeply about his hometown. He took every opportunity to improve the lives of children. He taught chess to 6th graders in a Benton Harbor elementary school. He organized and raised money for Rocket Football for middle school students in Benton Harbor. He was honored to be on the board of the Boys and Girls Clubs in Benton Harbor.

Al liked to challenge himself. When he turned 50, he attempted to climb the Matterhorn. He trained many hours for a year, but he failed to reach the summit. He returned home and immediately started training for his second attempt in 1991, when he was successful.

Al was deeply loved and will be greatly missed by his family and community. A memorial service will be held at a later date at Starks & Menchinger Chapel, 2650 Niles Rd., St. Joseph. Friends may visit with the family following the service until 4PM In lieu of flowers, please make a charitable contribution to one of the following organizations. Boys and Girls Clubs of Benton Harbor, 600 Nate Wells Sr. Drive, Benton Harbor, MI 49022, https://www.bgcbh.org/ or State Bar of Michigan’s Access to Justice Campaign, 306 Townsend St., Lansing, MI 48933-2012. https://www.michbar.org/programs/ATJCampaign/home
Read Less

We encourage you to share your most beloved memories of Alfred here, so that the family and other loved ones can always see it. You can upload cherished photographs, or share your favorite stories, and can even comment on those shared by others.


Allowed on timeline
It seems that most of the best men I have ever known and loved are married to my friends! Al was definitely one of them.
Brilliant, Loving, Kind, Awesomely successful and a gentleman the likes of which today does not own. What a treasure he was and shall remain so in my heart. I am thankful for marvelous memories and family like sharing over the years. How lucky I have been!
Having been in his wedding and through 55 years of uniquely easy fun and quiet loving times with his family, his loss will always leave a sad and hollow place in my heart. Posted Jan 26, 2020 at 02:48pm
My deepest condolences and prayers for Al’s family. He was a wonderfully kind person. My father thought of him as a dear friend. God bless you and yours Amen
Comment Share
Share via:

Posted Jan 15, 2020 at 05:06pm
We are very saddened to hear of the loss of a wonderful member of our community. Our sincere sympathy to you, Tiffany, and the entire family. Cindy and Les Miller
Comment Share
Share via:
PC

Posted Jan 15, 2020 at 07:10am
Dear Tiffany and Family...Judge Al was one of the few people in Berrien County who truly built bridges not walls across demographics and the river. That's a lot of shining Grace in this day and age of divisiveness. May peace and comfort be yours in return. PJ Canonie-Bubin
Comment Share
Share via:
DD

Posted Jan 14, 2020 at 07:54pm
Our condolences to Al’s family. Al was a true gentleman and scholar who dedicated himself to making the community a better place. We enjoyed his company and appreciated his wisdom. We will miss him. 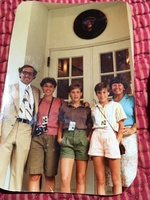 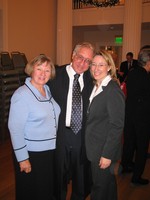 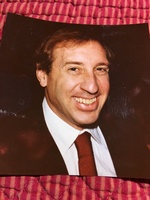