To share your memory on the wall of Alexander Zyjewski, sign in using one of the following options:

Alex was a loving husband, father, grandfather, and friend. Alex graduated from Wyandotte Roosevelt High School, class of ’47, where he played center on the Bears football team. He served in the United States Air Force as a B-29 tail gunner. His plane, the Double Whammy, dropped the first bomb in the Korean War. While stationed at Walker AFB in Roswell, NM he met his future bride. Alex and Wanda moved to Wyandotte where they lived for over 30 years before retiring to Georgia then Florida. Alex was a member of the Wyandotte Police Department for 30 years, serving as a motorcycle patrolman, detective, and sergeant. He was a member and past president of the Fraternal Order of Police Lodge 111. Also, he was a third-degree member of the Knights of Columbus, Council 1802. He loved playing card games, watching historical documentaries, western movies and tackling word puzzles. Softball was one of his passions, having played on a World Series Senior Softball Team. He loved tending to “Pop’s Garden” which was enjoyed by his neighborhood family. Alex was Catholic and loved the Lord to his core. He humbly served as an usher at Most Precious Blood Catholic Community.

Alex is preceded in death by his parents, Alexander Zyjewski Sr., and Anastasia (Nancy) Zylinski Zyjewski. A funeral Mass will be held at Most Precious Blood Catholic Community, Oviedo, FL on Tuesday, December 29 at 11 a.m. Inurnment will be at Cape Canaveral National Cemetery, Mims, FL, with Military Rites on Wednesday, December 30 at 9:30 a.m. Donations in his memory may be made to The Salvation Army.
Read Less

Receive notifications about information and event scheduling for Alexander

We encourage you to share your most beloved memories of Alexander here, so that the family and other loved ones can always see it. You can upload cherished photographs, or share your favorite stories, and can even comment on those shared by others.

Plant a Tree in Memory of Alexander
Plant a tree 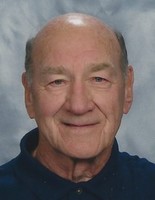