To share your memory on the wall of Alex Kolosowsky, sign in using one of the following options:

Alex was a fruit and vegetable farmer his entire life. He started working in the fields along with his parents at a very young age. Farming was a profession he loved dearly, which was evident in the way his vineyards and farm looked and thrived. At the peak of his career, his farm consisted of over 300 acres. In addition, he was a member and grape grower for National Grape Cooperative through Welch Foods for nearly 50 years. He was a devoted steward of the land. He received the “Conservation Farmer Award” from St. Joseph Soil Conservation District in 1977 in recognition of his efforts. He was also an avid rock collector, compiling large and small fieldstones found on the farm, many of which were used later in construction and landscaping. Alex was a kind and generous person who helped many people throughout his life. He loved tending and caring for all living things, he will be greatly missed.

In lieu of flowers or gifts, the family requests donations in Alex’s name be made to the Alzheimer’s Association at www.alz.org or Caring Circle Hospice, 4025 Health Park Ln., St. Joseph, MI, www.caring-circle.org. Those wishing to leave an online condolence may do so at www.starksfamilyfh.com. Arrangements have been entrusted to Starks & Menchinger Chapel & Cremation Service, 269-556-9450.
Read Less

Receive notifications about information and event scheduling for Alex

We encourage you to share your most beloved memories of Alex here, so that the family and other loved ones can always see it. You can upload cherished photographs, or share your favorite stories, and can even comment on those shared by others.

Plant a Tree in Memory of Alex
Plant a tree 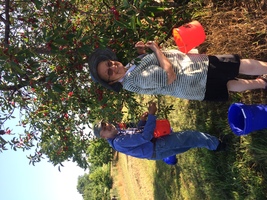 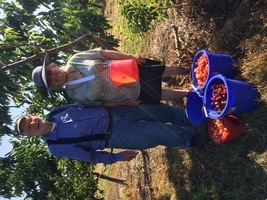