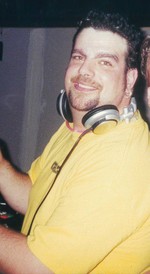 A talented DJ, Aaron first started showing signs of a love for music at the age of 3 on his Fisher Price toy phonograph. He would pick out any song with ease. Soon he commandeered his mother’s record collection and by high school he was working as a DJ for Q101, a Chicago radio station, for school credit. Working under the name “DJ Drop-Out”, he was voted top 25 DJ in Chicagoland and top 100 in the country. Aaron was known for his work ethic and connection to family and friends. A dependable member of his family, he was especially close to his mother, Alyse and brother, Scott.

Aaron is survived by his mother, Alyse; brother, Scott Bluver both of St. Joseph, MI; brother, Jason; sister, Lyndsey; stepmother, Susan; and many heartbroken family members and friends across the country.
Aaron was preceded in death by his father, Terry.

Arrangements have been entrusted to Starks & Menchinger Chapel & Cremation Services. Those wishing to share a memory of Aaron may do so at www.starks-menchinger.com